'Tis the Season to Shop Early 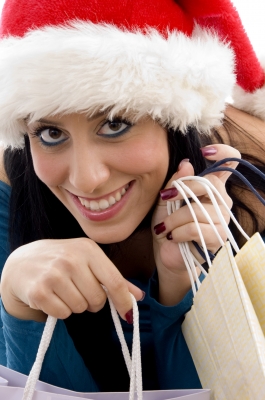 Christmas in July? Lots of retail stores practice this pre-pre holiday tradition, drawing in shoppers who are gearing up for the holiday season by hunting early bargains. Even without the formal tradition of a Christmas in July sale, shoppers are getting an early start on the holiday buying season.

Retailers are starting the shopping season earlier every year. Some retailers are even starting Black Friday on Thanksgiving Day, long held as a day to reward retail staff with a whole day off before the craziness of the holiday season. Retailers like Wal-Mart, as reported in a Forbes article, started their holiday advertising in September. Toys R Us is offering shoppers other incentives to shop early.

As if shoppers needed encouragement. According to the National Retail Federation, over 41 percent of shoppers said they will start their shopping before Halloween. The shopping season between Thanksgiving and Christmas is so crowded and crazy. Four out of 10 shoppers would rather start early than have to brave the crowds and long lines.

What does this mean for retail? Retail workers will have an extended, busy holiday season with its accompanying stress, crowds, frazzled customers and early returns. More time for shoppers to change their minds about purchases, chase down lower prices and take time making major purchases. With a longer shopping season, shoppers can count on more sales, price reductions and special deals.

If you’re taking a new job in retail now, get ready for a fast takeoff. There will be little time to ease into a new position, and little time for training. You’ll need all of your best customer service skills, organization and inner peace reserves to make it through the season. You’ll also have a chance to make a big impression on your boss and co-workers by handling yourself as a pro.

Find your groove and be open to learn. Every retail environment has a natural rhythm and vibe. You may be in a high-fashion boutique, a big-box home improvement store, or a large department store chain. This is not the time to let everyone know “how we did things at my last job.” There isn’t time to try to retool the team to your way of doing things. Even if you’re taking over as a manager or supervisor, it’s time to watch and learn the process from your team. You’ll need their support and expertise to make it through an extended, intense buying season.

Have fun. Enjoy the holiday season through the excitement of your customers. Sure, there’s a lot of stress, hurried shoppers and frazzled nerves, but this is a time when people are willingly spending money just to make other people happy. Despite all the craziness, it’s the “most wonderful time of the year.” It’s always a time to celebrate, especially when you have a new job.

The extended holiday shopping season is an opportunity to show what you can do as a new employee during a busy work environment. So, whether it’s Christmas in July, September or December, it’s an exciting career opportunity.