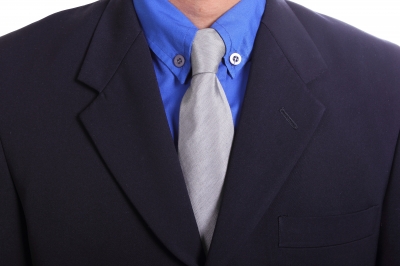 With many companies putting a freeze on hiring and some downsizing, it's a refreshing change to hear about businesses adding to their ranks. Recently, Forbes reported on the ten top hiring companies for salespeople. If you have an interest in and aptitude for sales, then brush off your resume and apply to these companies.

Hertz sits at number one on the Forbes top ten list. The car rental giant is looking to fill 466 high-level sales positions in a variety of cities such as Philadelphia, Orlando, and Phoenix. One open position the company has available is manager of wholesale car sales, which involves pricing vehicles and managing the sales process.

Cintas lands second on the Forbes top hiring companies list. This company specializes in variety of B2B services such as designing and manufacturing uniforms, providing entrance mats, and document management. Serving over one million businesses, Cintas is looking for people to place in 413 positions.

Following close on the heels of Cintas is Liberty Mutual, who has 345 open positions, with some located in Dublin, Ireland. Liberty Mutual Group is the third-largest property and casualty insurer in America. The company offers a variety of insurance products including car, workers' compensation, and homeowners.

Fourth on the list of top hiring companies is Verizon, which is a telecommunications company that specializes in broadband, fixed-line and mobile telephony, and digital television. Headquartered in New York City, the company has listed 289 postings it wants to fill with talented sales people.

People interested in helping others improve their health with cutting-edge medications may feel at home at Forest Laboratories. This pharmaceutical company is the maker of Celexa, Lexapro, AeroBid, and several other medications that treat conditions such as arthritis, depression, and fibromyalgia. The company has 272 openings.

Paychex and ADP (Automatic Data Processing) are two top hiring companies in the same industry. Both provide payroll, human resourcing, and other outsourcing services to businesses. Paychex is located in Rochester, New York, while ADP is located in Roseland, New York. Between the two of them, they have a total of 421 (Paychex 223, ADP 198) job openings available.

Based in Kalamazoo, Michigan, Stryker Corporation specializes in producing medical products such as implants for joint replacements, surgical equipment, and endoscopic and communications systems. The company is working on filling 150 vacancies.

Aaron's Inc. is a large rent-to-own retailer that sells a variety of consumer goods such as washers and dryers, bedroom furniture, and computers. Coming in at number nine on the top hiring companies list, it has 138 sales jobs available.

With 113 jobs open to talented people, Comcast comes in last on the Forbes top 10 list. This is another telecommunications company that provides telephony, cable television, and Internet service to customers throughout the United States.

If you have experience or are interested in any of the job openings the top hiring companies on this list have available, visit their websites to find out how to apply. Submitting your resume could be the first step to a long and rewarding career.