13 Things To Know About the Repeal of Obamacare 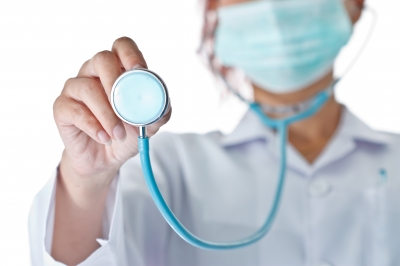 As the Trump administration repeals the Affordable Care Act, commonly known as Obamacare, many Americans are wondering what happens next. The answer may be at hand as Republicans introduce the Affordable Care Act's replacement, dubbed the American Health Care Act. Should the health care bill pass, here are 13 major aspects that Americans can expect from the new health care laws.

Beginning in 2020, the health care bill aims to switch to a system that gives states per-capita federal grants. The requirement for insurers to provide minimum essential benefits for Medicaid managed-care plans would also be eliminated by 2019.

The 40 percent excise tax on high-value, employer-sponsored health care plans would stay. However, under the new act, the Cadillac tax doesn't go into effect until 2025.

The bill would repeal the mandatory insurance requirement implemented by Obamacare. This means Americans would no longer have to pay a fine if they don't buy health insurance, retroactive as of 2016.

In place of Obamacare's subsidies, the bill introduces advanceable, refundable tax credits based on age that adjust annually for inflation plus 1 percent. Although married couples with $150,000 and individuals with $75,000 in income are not eligible, the types of health insurance covered under the credits would be expanded.

Obamacare introduced numerous taxes to pay for its subsidies as well as changes to Medicaid and Medicare. The new bill would repeal the majority of these by 2018.

Insurers would continue to be unable to deny coverage or charge higher premiums to people with preexisting health conditions. The health care bill also prohibits annual and lifetime coverage limits.

The health care bill allows insurers to impose certain penalties. If you let your previous insurance policy lapse, you would need to pay a 30 percent premium surcharge when you want to enroll again.

Insurers would be able to charge older customers five times what they do younger customers. This may increase costs for many insured individuals.

Obamacare proposed to cut out these Medicaid payments. Under the new health care bill, the payments would remain, and the cuts wouldn't go into effect.

Obamacare introduced a subsidy that provided cost-sharing for low-income customers with private health plans. When 2019 ends, the bill would cut out this subsidy.

Health plans that cover abortions wouldn't be eligible for use with tax credits. The bill would also cut Medicaid funding to organizations that provide abortions, such as Planned Parenthood.

The bill encourages such endeavors for states to help stabilize the insurance market. It offers states $100 billion across nine years for these solutions.

Federal funding for the Medicaid expansion program would end in 2019. Although enrolled individuals can continue receiving coverage until then, the program would accept no new enrollments.

The new health care bill includes some big changes for Americans. Fortunately, these 13 points can help you prepare should the bill pass.

Trump's been saying some wild things about the economy - here's wha...
news from Markets