15 Types of Jerks in Your Office 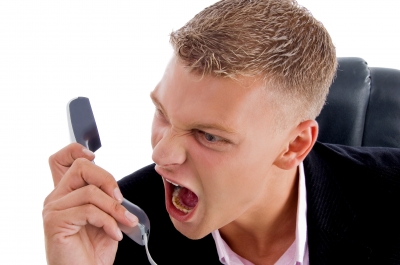 You have encountered at least one of them at some point in your career. Just the mere mention of one of their names causes you to involuntarily roll your eyes. They are often rude, condescending and difficult to work with. They are office jerks.

To cope with rude co-workers, you must first learn to identify the different types of jerks you may have to deal with in the office. Here are the 15 varieties of office jerks that you are likely to encounter.

1. The Egocentric Jerk: This jerk is selfish, lacks self awareness and does whatever is necessary to advance himself in the workplace. He is easily offended, but lacks empathy for others.

2. The Scapegoat Jerk: This person always blames someone else for his shortcomings and mistakes.

3. The Fawning Jerk: This office jerk is also known as a kiss-up. He manipulates others with false flattery, but his compliments are rarely genuine.

4. The Overexerting Jerk: Avoid this person on group projects. When all the work has been handed out, the overexerting jerk will purposely do tasks not assigned to him to make others in the group look like they're slacking.

5. The Thieving Jerk: This office jerk likes to be recognized for the success of others. Whether it's an idea or a project, the thieving jerk will find some way to get credit for it, even if he had nothing to do with it.

6. The Lazy Jerk: He always appears busy in the presence of superiors, meanwhile relying on the work of others. When management isn't watching, this person sits around wasting time and resources.

7. The Pity Party Jerk: This person lacks confidence in his abilities, but instead of working to improve them, he would rather spin his tale of woe.

8. The Misogynist Jerk: Perhaps the rudest co-worker you may encounter, the misogynist office jerk is constantly saying and doing sexist things, often to the point of harassment.

9. The Hypocritical Jerk: While outwardly nice and sincere, this jerk talks about others behind their backs, creating tension in the workplace.

10. The Whistle-blower Jerk: This person would rather complain about you to management than first trying to work things out with you.

11. The Arrogant Jerk: Rarely finding fault with himself, this jerk never owns up to any mistakes or shortcomings.

12. The Overbearing Jerk: This person isn't open to anyone's ideas or opinions. He likes to scrutinize the work of others and explain how his is better.

13. The Blame Game Jerk: The poor attitude of this jerk helps him find the negative in every situation and an excuse for anything that goes wrong.

14. The Political Jerk: This office jerk has an agenda. Manipulative and aggressive, he will do whatever it takes to get what he wants.

15. The Nit-picky Jerk: This person often misses deadlines because everything has to be perfect. His is also critical of the work of others.

Office jerks are often unavoidable. Understanding the types and their behaviors is the first step toward making a better workplace for yourself. Don't get pulled into their drama or lower yourself to their level. Focus on your work, co-workers with positive attitudes and keeping your superiors happy. In the end, rude co-workers tend to get exactly what they deserve.