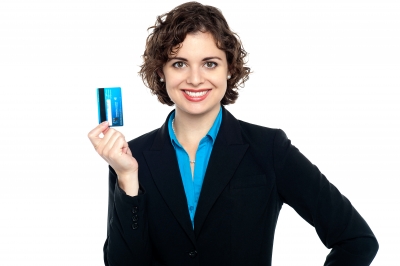 At the end of 2013, the sales numbers coming out of the retail industry did not meet expectations. As the final numbers for the year were released, however, it appeared that the industry wasn't suffering as badly as it first seemed. Though 2013 wasn't a banner year, it wasn't the catastrophe that many predicted it would be.

For professionals in the retail industry, the holiday season is often an important indicator of overall growth. In December, many news outlets reported that Black Friday sales were not as high as expected. According to The New York Times, the 2013 holiday season was shorter than usual because Thanksgiving fell later in the month. As a result, the retail industry started off on a bad foot. After the Black Friday weekend, sales were down about $1.7 billion from 2012, leaving many retailers worrying about overall sales.

At the end of December, Bloomberg Businessweek reported that retail industry foot traffic was down, which was a concern for brick-and-mortar retailers. In response, many companies chose to offer steep discounts, which undercut profits and drove retail industry numbers down further. Online companies were also having problems—many experienced shipping issues.

Despite all the negative news after the holidays, the overall numbers for 2013 were not a serious cause for concern. Throughout the year, sales grew steadily, and the December sales were considerably higher than the January sales. In October, January, and February, sales declined slightly but not enough to impede the growth in other months. Overall, sales in 2013 grew by approximately $10 million, according to seasonally adjusted retail data from the National Retail Federation (NRF). During the holiday period of November and December, total sales rose by 3.8 percent, which was just off of the NRF's prediction of 3.9 percent.

What's more, NRF retail data shows that the industry has grown significantly since 2006. With the exception of 2008, when sales dropped steeply due to the recession, annual retail sales numbers have continued to rise. Industry experts assume that the growth trend will continue—although it may not be as fast as usual. A recent NRF news release stated that sales at the beginning of 2014 were flat, partially due to the severe weather that has been sweeping across the country. Jobless claims were also up, which worries retailers who are counting on sales to pick up in the spring and summer months.

As 2014 progresses, many retail professionals will be keeping a close eye on sales numbers. Even though 2013 wasn't as bad as many industry experts predicted it would be, growth was slow. If the retail industry continues on the same path, businesses will likely be reluctant to make major expansions or changes.

Credit-card super users are searching for answers amid a string of ...
news from Markets