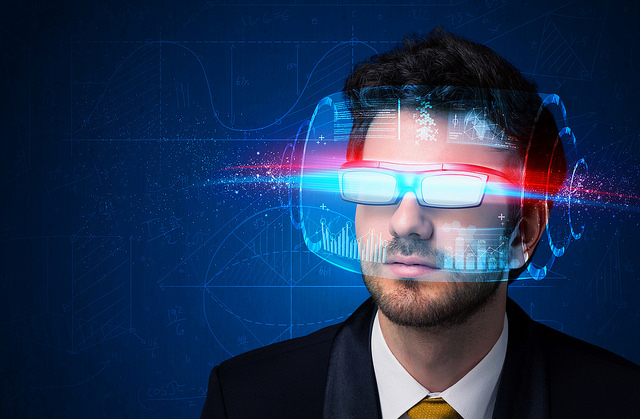 Smart glasses take wearable technology to the next level, but what kind of impact can smart glasses make in the enterprise world? Read on for five surprising facts you may not have known about smart glasses.

The most widely known brand of smart glasses is Google Glass. It was widely believed that the glasses were rushed into production and prematurely introduced to the public, causing them to quickly fail. The truth is that Google only released them in limited production, via a highly publicized public beta program, in order to determine how they could best be used.

The hardware component of smart glasses simply involves a camera, a touchscreen or voice command function, and a way to bend and manipulate the light that reaches the wearer's eye. This hardware is available now, but is too big and cumbersome to be widely accepted as a fashionable choice. The good news is that it's rapidly improving: a smaller design, lighter weight and longer battery life are just a few of the upgraded features consumers can expect in models to come.

The main reason why smart glasses are primed to be the next big thing is that they can simulate your own thoughts and memories, without the feeling of using a computer. In customer service professions, using smart glasses to call up customer information instead of tablets or computers allows representatives to respond to a customer's needs in personalized fashion, with no interruptions or delays. This results in a much more natural and personable engagement between representative and customer, giving companies that use this technology a major customer service advantage over the competition.

The idea of smart glasses might make you think of an average Joe, walking down a busy street while looking at text messages or emails through his glasses. While consumer use is still modest, smart glasses are really upping the ante for corporate enterprise. Many companies, including those in the healthcare, transportation and manufacturing sectors, are beginning to employ widespread use of smart glasses within their workforces. Google Glass was quickly picked up by Boeing, whose workers use the technology for manufacturing airplanes. It is also widely used in the medical field, both in clinical and research settings. The Autism Glass Project uses Google Glass to help autistic children connect emotionally with others by helping them read facial cues and other expressions. So, while smart glasses technology hasn't caught on to widespread public use, it is making waves in multiple industries.

5. Smart Glasses Have the Power to Transform Any Industry

Smart glasses allow companies to enhance their training methods with just a few clicks. Simply uploading to a database enables hundreds or thousands of workers to instantly get access to useful information without the need for long, tedious training sessions. This kind of "knowledge upgrade" for an entire workforce is comparable to the PC and mobile computing revolution over the past few decades, according to Computer World.

The Sex Toys You Didn't Know You Needed
news via Refinery29