5 Tech Trends That are OverHyped by the Media 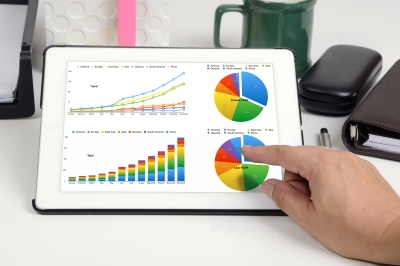 The printing press in the 1430s, the steam engine in 1712, the telephone in 1876 and the Internet in the 1960s — all technological advances that have had a hugely significant impact on the modern world and have changed the way people do business. Unfortunately, not all technology trends prove to be as noteworthy. Check out five technology trends that have been overhyped by media outlets.

The Demise of Desktop Computers

With the huge technology trend toward mobile computing on tablets and smartphones, some media outlets were quick to predict the death of the desktop PC. While desktop computer sales have hit a decline in recent years, these units aren’t becoming obsolete any time soon. Employers especially appreciate desktop PCs for their reliability and the ease of repairs, while at-home users like the customization options and greater power-to-cost ratio when compared to smaller devices.

The Rise of Driverless Cars

People and media outlets all over the world have been chattering about driverless cars for decades, and the self-operating Ford Explorers in 1993’s “Jurassic Park” really gave this technology trend a boost. While some companies are getting closer to the technology to make these vehicles a reality, there are still plenty of speed bumps as of 2016 that make media outlets look a little overzealous in their excitement. Developers continue to have issues with the artificial intelligence required for situations with adverse weather conditions and police-directed traffic.

An Upswing in the Wearables Movement

When the Apple Watch was launched in April 2014, some media outlets expected consumers to toss their phones overboard to jump on the wearables ship. While many other technological manufacturers are following suit with wearable products, consumers aren’t as quick to follow this technology trend, citing a too-tiny screen and a lack of standalone functionality as issues.

Growth in the Windows Phone Market

Microsoft expected to pick up a huge chunk of smartphone market share with the launch of Windows 10’s Continuum feature that spans PCs, tablets and smartphones. The result hasn’t been favorable for Microsoft, with Windows Phones only holding about 1 percent of the market share in a sector dominated by Apple and Android devices as of April 2016.

A Mad Rush for Curved Televisions

Television manufacturers shook up the technology market with the introduction of curved high-definition TVs. Consumers threw the technology trend a curve ball with their less-than-impressed reactions. Many shoppers don’t find the price tag on these 50-inch-or-greater behemoths to be worth the viewing experience, while others complain of glare issues and uneven lighting problems.

Some technology trends change the way people live and work, while others fall flat. At times, the media may inflate the expectations of certain trends that turn out to be disappointingly inconsequential. While these five media trends have been overhyped by media outlets, society can always count on the next big development being just around the corner.

Photo courtesy of pandpstock001 at FreeDigitalPhotos.net