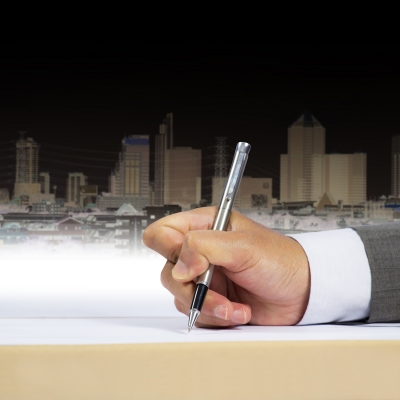 A cover letter provides you with a chance to make a valuable first impression on your potential future employer. Unfortunately, if you made a serious mistake, you may not get the opportunity to interview at all. Read more about the most common cover letter mistakes below to ensure you write a truly stunning introduction and sail easily into the interview process.

One of the most common cover letter mistakes is the failure to address a specific person. Instead of sending a cover letter marked "To Whom it May Concern" or "Dear Sir," try to find out who your letter is likely to be opened by and address it to that specific person. Doing so is indicative of two things: firstly, you care about addressing the reader personally, and secondly, you have the gumption to do a little reconnaissance work.

The second mistake people often make when they write cover letters is to attach the letter to an email. HR personnel seldom have much time on their hands, so you're better off making things as easy as possible for them. If you plan to write an email cover letter, write it in the body of the email itself so your text actually gets read.

The third great cover letter gaff is the often the opening sentence. Treat the first sentence of your cover letter like the hook on the first page of a novel. Instead of staring with, "My name is Joan Bloggs," try to create a truly interesting beginning. Tell the recruiter why you are interested in their company and what attracted you to the position in the first place.

Fourth on the list is the dreaded generic cover letter. Human resources employees can generally recognize a generic letter from a mile away. Sending out a generic letter and a resume to 101 different companies is like saying, "I want a job and I don't care who I work for."

Fifth on the list of doozies is the failure to include necessary information. Before you send your cover letter off, make sure it includes all the facts your potential employer requested in the job advertisement. If you don't read the advert properly, you are likely to come across as someone who doesn't possess great attention to detail — and that is not a good thing.

The sixth mistake is a matter of grammar. Before you pop that letter in the post, have someone else proofread your text to make sure your grammar and spelling are top notch. Faced with a choice of two applicants, one of whom has grammatical prowess and the other of whom does not, HR employees are likely to choose the former.

Last but not least, ensure you don't undersell yourself. On the one hand, you don't want to brag arrogantly about your talents but on the other, you do want to put them on display. A great cover letter always includes a bit about why the applicant would fit into the team.

Providing a prospective employer with a well-formulated cover letter can be the secret to achieving interview success. If you can send your chosen company's HR department a great introduction, you may find your resume at the top of the pile when the company has an open position.

Image courtesy of Naypong at Freedigitalphotos.net

A Bloody Roundup Of Every Character Who Has Died On Game Of Thrones
news via Refinery29
NORAD Santa tracker 2017: Follow Santa Claus on his Christmas Eve j...
news via Yahoo News - Latest...