8 Glasses of Water a Day: Fact or Fiction? 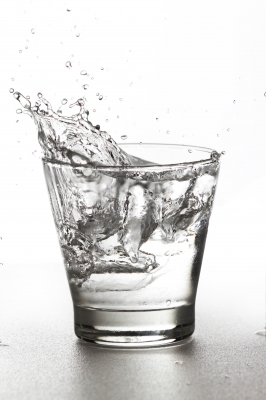 For decades, mothers have been telling their children to drink at least eight glasses of water per day to prevent dehydration and stay healthy. Drinking water is important, but researchers now believe eight glasses per day may be too many for some people. Instead of following an arbitrary guideline, you should listen to your body and hydrate as necessary.

The need for eight glasses of water per day is a myth that has been debunked by several scientists. Unfortunately, it is one of the most common myths floating around the health community. Celebrities often say drinking water helped them lose tremendous amounts of weight or eliminate acne and other skin problems. Diet books promote drinking water as a way to curb hunger and prevent overeating. There are even doctors who tell their patients to drink at least eight glasses of water per day.

The problem with this myth is that there is absolutely no scientific evidence to back it up. In fact, too much water can cause serious electrolyte imbalances, resulting in seizures and other medical problems. Dr. Aaron Carroll says there is plenty of water in fruits and vegetables, so there is no need to supplement a balanced diet with an additional eight glasses of water per day. Most beverages also have plenty of water in them, so people who drink natural fruit juices or decaffeinated teas likely need fewer than eight glasses of water per day to meet their hydration needs.

Dr. Carroll says drinking water when you are thirsty is the best way to get enough water in your diet. Contrary to popular belief, feeling thirsty is not a sign that you are already dehydrated. Thirst is simply a natural signal that reminds you to drink water and other fluids. It's especially important to listen to your body when playing sports or spending a lot of time in the sun. Drinking water is a great way to help you avoid dehydration while working or playing in the summer heat.

Although not everyone needs eight glasses of water per day, some people do need more water than others. Diarrhea and vomiting cause water loss, so be sure to drink extra water if you have an illness that causes either of these symptoms. If you work a physical job that has you sweating all day, replenish lost fluids with water or sports drinks. Contact your doctor immediately if you are too ill to keep water down. You may need intravenous fluids to help you feel better and prevent electrolyte imbalances.

Water is essential for life, but too much water can actually cause serious problems. If you are concerned about dehydration, listen to your body carefully. Eating plenty of fruits and vegetables, limiting your caffeine consumption and drinking water when you are thirsty are good ways to prevent dehydration. If you are still worried about your water consumption, ask your doctor for guidance.