A Bit of History on the Evolution of the Resume 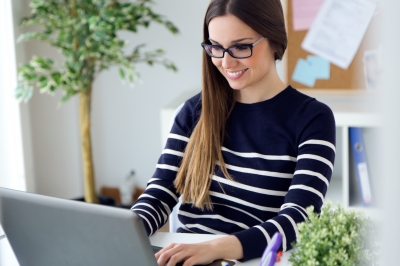 Resumes hold great importance in the work world, as most job seekers wouldn't even think of seeking employment without one. You likely have your resume stored on an electronic device along with multiple hard copies of this document. Everyone knows that resumes are an essential part of the job search process, but have you ever wondered they came into existence? If so, here's a bit of history about resumes.

According to Career Muse, resumes date back to the 15th century. Reportedly, Italian Renaissance man and renowned artist Leonardo da Vinci began documenting his areas of expertise and numerous qualifications on a piece of paper. He sent this sheet of paper to the Duke of Milan, referring to it as his "resume." Others from this era began doing the same, and this practice continued for many centuries.

While the format of resumes started to become more formal in the 1940s during World War II, it wasn't until the 1970s that resumes started to become a staple in the work world. This change was primarily due to the creation and popularity of word processors, which made it possible for virtually anyone to have a professional-looking resume. Those who couldn't afford word processors would generally pay someone who owned this technology a hefty price to create a resume that was clean and professional.

Things changed again in the 1980s as computers became more popular and programs like Microsoft Word and WordPerfect came into existence. These programs made it possible for individuals to create their own resumes without too much hassle. Job seekers could create their own resume templates, or use a resume template created by someone else. Since computers were available at many educational institutions, job hunters no longer had to pay resume writers to create their documents.

Eventually, updated versions of Microsoft Word featured built-in resume templates, so virtually anyone with an educational history and job experience could create a well-formatted resume that was ready to present to employers.

Microsoft Word resume templates were still quite popular in the early 2000s, and many people use them in 2017. However, if you want your resume to make waves in the job market, a simple list of your educational history, previous employers and skills might not be enough. Social media completely changed the game when it comes to resumes. Websites like LinkedIn make it possible for job hunters to create a resume portfolio that includes samples of past work, slideshows or any document that makes them stand out from other candidates.

On LinkedIn, you can update your resume at any time without recreating the entire document. As hiring managers post jobs, you can instantly send your resume and supporting documents to potential employers with the click of a button. YouTube is also making waves in the job world. Along with attaching work samples to your resume portfolio, you can also attach a video that shows off your personality.

The format of your resume has likely evolved over the years. It's a good idea to continuously update your resume as technology expands and different methods of presenting information become available. Stay on top of resume trends to ensure your document is always fresh and up-to-date.