A Hug A Day Keeps Infection At Bay 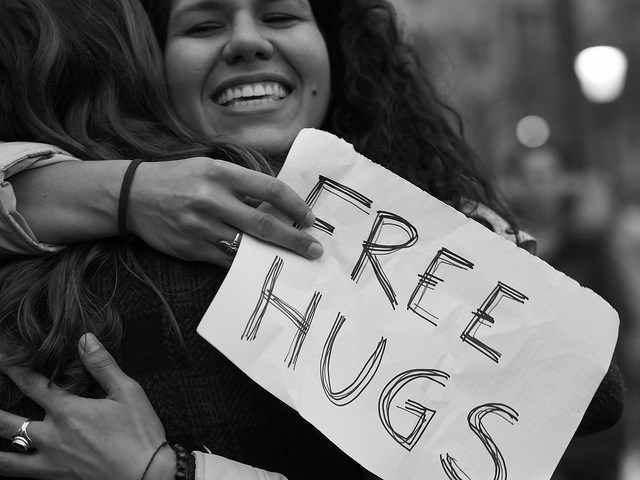 Doctors, researchers and individuals are constantly looking for new ways to build the immune system in order to stave off common ailments and make people more productive. Some methods used to build the immune system involve complicated drug regimens and others involve following a long list of recommendations in order to avoid getting sick or to lower the impact of an existing illness. However, it may be as simple as giving a hug.

A recent study led by Sheldon Cohen, the Robert E. Doherty University Professor of Psychology at Carnegie Mellon University’s Dietrich College of Humanities and Social Sciences, has revealed there is a link between the number of hugs an individual receives and the impact the common cold virus has on their immune system. Psychologicalscience.org discusses this study and its implications.

The study was done on 404 adults who were carefully evaluated on their social interactions before being intentionally exposed to the same cold virus. Their response to the virus was then monitored and results were collected. Cohen was assisted by a team of researchers, and published the results in Psychological Science, a journal of the Association for Psychological Science.

The initial evaluation used the number of received hugs as a way to evaluate positive interpersonal relationships. Hugs were chosen because they imply a more close and intimate personal relationship when compared to other types of social interactions. Other factors such as personal conflicts and stress were also taken into account.

Those individuals who reported lower levels of stress, more hugs and a greater amount of positive personal relationships experienced fewer and less severe symptoms when compared to those who had less social support, whether or not they were experiencing conflict in their lives.

The purpose of the study was to elaborate on previous studies that have shown people who are experiencing stress or a lack of strong social support have a reduced ability to fight infections. Cohen wanted to see if the opposite was true — if people who have a good social support system have an increased ability to fight off infections and to build their immune systems.

In addition to washing hands, staying warm, keeping hydrated and the many other things that a person can do to build their immune system, it is also important for them to have a good social support system and to both give and receive hugs on a regular basis.