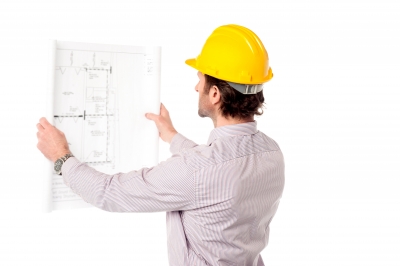 Before delving into the details of the ACG study, it's a good idea to explore the methodology followed by the research group that generated this study. The ACG is primarily a trade organization that advocates for general contractors and other construction professionals. While it isn't an academic organization, the independence of the organization—primarily in funding—helps ensure a neutral, unbiased outlook when forecasting the construction industry outlook over the coming year. The ACG working group sends questionnaires to its members, as well as to experts in the field, and compiles the responses into a picture of the current mindset of leaders in the construction industry.

The report is therefore not so much a rigorous industry study, as would be expected from a team of economists, but rather a snapshot of current opinion among insiders. This approach has the advantage of connecting directly with the people most responsible for shaping the construction industry outlook and getting their take on the coming year's prospects.

With those limitations in mind, the 2014 ACG report contains almost universally good news. Trendsetters within the construction field report a near-universal optimism in every area. Builders who specialize in supplying the manufacturing industry anticipate increased demand by a three-to-one margin, with 44 percent expecting an increase against only 16 percent projecting reduced demand in 2014. Almost the same ratio between optimists and pessimists prevails among retail, warehouse, and lodging builders (43 percent versus 16 percent, respectively), as well as education and hospital construction specialists (42 percent optimistic, 17 percent pessimistic). The only field in which the pessimists outnumber the optimists seems to be in marine construction, and even there the prevailing opinion is that demand will remain stable.

In conclusion, the construction industry outlook, as described by ACG, is glowingly positive. Contractors across disciplines anticipate increased demand, very few are tightening their belts, and the general consensus is that the public sector's increased stability in 2014 (after the debacle of the government shutdown of 2013 and its attendant debt crisis and political fallout) will drive a more predictable, more profitable construction industry outlook in 2014.