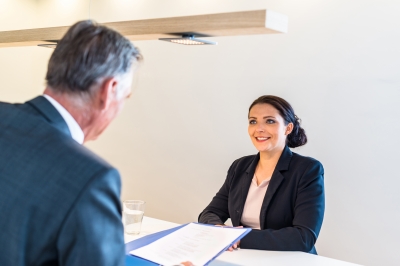 One of the most common complaints about the modern hiring process is that it is impersonal and lacks human touches. Candidates apply for jobs online and then go for weeks or months without hearing any feedback. Even candidates who make it to the phone or first-round interview stage often only receive an impersonal response. Adding human touches to the fast-paced, contemporary hiring process seems difficult, but there are several ways to humanize the experience.

Most hiring managers receive so many job applications that it is impossible to respond to each one individually. However, there are simple ways to add human touches to the job search process. Successful hiring managers have good people skills, and this is most evident during the candidate search and hiring process.

Try to send out your decline letters as quickly as possible. Many job seekers understand that if they do not hear back from the company within a month, they are no longer being considered for the position. However, sending quick decline letters helps the hiring process feel more human. By sending decline letters quickly, you are giving job seekers the freedom to move on and seek out other employment possibilities.

Once candidates reach the phone interview stage, add additional human touches by sending out more personalized decline letters. It is inappropriate to make the letter too personal, and you cannot give specific reasons why the candidate was not selected or explain why other candidates were selected. Instead, personalize your company's standard decline letter by including specific details. Write "Thank you for speaking on the phone with us last Monday," for example, before continuing with the official decline letter text.

By the time a candidate reaches the first- or second-interview stage, your job is to make the interview experience as welcoming as possible. Add human touches, and put the candidate at ease, by volunteering information about the company dress code or explaining how the building's parking lot works. You want your interviewees to arrive prepared and ready to do their best, not worrying about whether they have dressed appropriately for the occasion or require a parking validation.

Of course, any candidate who receives a first or second interview but does not receive a job offer also needs a personalized decline letter. In this case, the letter begins "Thank you for meeting with us" before proceeding with the standard decline letter text.

Register
Sign In
Your Next Summer Read Is A Novel About Lonely People Grasping For C...
news via Books - The...