Advertising Ramps Up for the Holidays 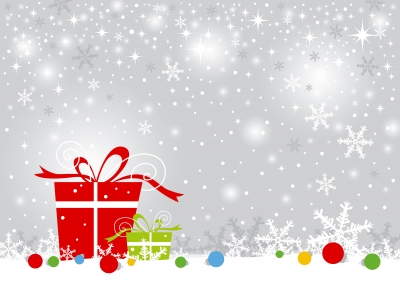 As the holiday shopping season draws to a close, advertisers are trying to appeal to shoppers who have waited until the last minute to purchase gifts. Some companies are using viral videos in their holiday advertising campaigns, while others are using risqué ads to attract attention. Although it is too late to develop a seasonal advertising strategy for 2013, pay close attention to these ads. Making note of which ones succeed and which ones fall flat will give you plenty of ideas for 2014.

Many advertisers are sticking with emotional appeals for their holiday advertising campaigns. WestJet recently created a heartwarming video about 250 passengers receiving the gifts on their wish lists. Passengers revealed their most-wanted items before their flight took off, and they were surprised with the gifts after the plane landed. The video went viral, attracting 1.6 million views within two days. Tandy Thomas, a marketing expert from Queen's University, said the video went viral because it created a strong emotional connection with viewers.

Some advertisers are using innuendo in their holiday advertising campaigns. Kmart released an ad titled "Show Your Joe" featuring six men wearing tuxedo jackets and underwear. The men play "Jingle Bells" by swiveling their hips to ring the bells presumably hidden in their shorts.  Matti Leshem, CEO of the ad agency Protagonist, says the ad is fun and naughty without being mean-spirited, which could help Kmart revitalize a tired brand. Unfortunately, however, the ad did not perform well when compared to other ads in the Advertising Benchmark Index database. The disappointing results could be because the ad seemed to polarize viewers: some women said the ad was offensive, while others said it was hilarious.

Oreo is also shaking things up with this year's seasonal advertising strategy. Past ads featured a tune titled "Wonderfilled," but in the current ad, the Martin Agency presents a song about Oreo cookie balls, featuring fast-moving animation and the voice of a relatively unknown hip-hop artist, Jinx. The innuendo and deadpan hip-hop delivery in this holiday advertising success create something entirely new and very shareable to attract attention. Emma Bazilian of "Adweek" said this ad is also less saccharine than previous holiday ads for Oreo.

Your holiday advertising campaign must attract attention while capturing the spirit of the season. Whether you choose to produce a sentimental ad or try something a little different, make sure people understand your message. Make it very clear what action you want people to take after viewing one of your ads. If you want to build brand awareness, make sure your logo or other brand identifier has a prominent place in the ad. Your holiday advertising campaign will have a significant impact on your profitability, so giving it the attention it deserves will improve your chances of success.