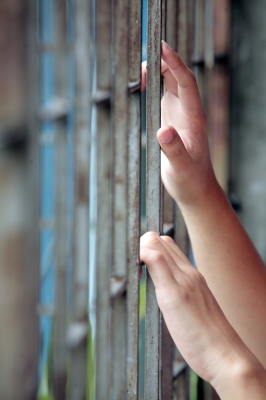 One of the hot-button issues in the area of fair trial rights is the controversial practice of pre-trial detention, in which a person is detained in a government-run holding facility while he or she awaits legal proceedings such as a trial. Unfortunately, the excessive and irrational use of pre-trial detention often forces detainees to endure conditions that are appalling, to say the least. The Open Society Justice Initiative elaborates that the vast majority of pre-trial detention centers have woefully inadequate sanitation facilities and health services. It’s definitely encouraging to know that several high-profile institutions have buckled down and looked into possible alternatives to prevent the further abuse of pre-trial detention in the future.

The Justice in Europe Campaign

Across the European Union (EU), pre-trial detention has emerged as a serious issue that needs to be tackled accordingly. To that end, UK-based non-governmental organization (NGO), Fair Trials International launched its Justice for Europe campaign as a call to action directed at European governments to end arbitrary pre-trial detention. The same NGO will closely collaborate with like-minded watchdog groups from 10 EU countries (Italy, Poland, Hungary, Greece, the UK, Ireland, Romania, Lithuania, Spain, and the Netherlands) for an upcoming project titled “The Practice of Pre-Trial Detention: Monitoring Alternatives and Judicial Decision-Making.” Each watchdog group will be tasked to gather data about their country’s pre-trial detention practices from reviewing case files, monitoring detention hearings, interviews with prosecutors and judges, and in-depth surveys of defense practitioners. In July 2015, every watchdog group is expected to present a country-specific report that compares local pre-trial detention practices with international standards and domestic law. The information gathered in these local reports will then be discussed further in a September 2015 seminar that will bring together pre-trial detention experts from all 28 EU Member States.

The Global Campaign for Pretrial Justice

The aforementioned Open Society Justice Initiative – through its Global Campaign for Pretrial Justice – decided to focus on the substantial and wide-ranging effects of unnecessary pre-trial detention on detainees, families, and communities in West African countries. For instance, it’s not uncommon for pre-trial detainees to contract and spread various diseases, in addition to dealing with unemployment and homelessness. Sadly, pre-trial detainees also invariably suffer from long-lasting physical and/or psychological damage. In collaboration with the United Nations Development Program (UNDP) and West African civil society organizations, the Global Campaign for Pretrial Justice produced a highly informative series of reports that showcase results from multiple surveys of pre-trial detainees in Ghana, Sierra Leone, and Guinea Conakry.

Back in 2010, the Geneva-based Defense for Children International (DCI) published a report which linked pre-trial detention to child abuse. This particular report outlines how pre-trial detention is routinely used as punishment for juveniles instead of being a last resort as recommended by international standards. Furthermore, pre-trial detention has a clearly negative impact on young people’s physical and mental well-being which could lead to social discrimination, school dropouts, and delinquent behavior. In essence, the experience of incarceration (or in some cases, solitary confinement) only increases the odds of recidivism in youth who are detained.