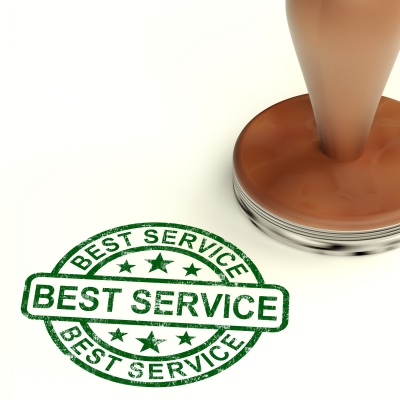 As a customer service professional, you know it's significantly easier to serve satisfied customers than unsatisfied individuals. It's also much easier to function in a relatively stable, normal environment than in a crisis. As Amazon's customers can attest, unforeseen calamities present ideal consumer appreciation opportunities. If you and your customer service team serve customers professionally in a crisis, your actions will help shape a positive company image.

Over the holidays, Amazon's customer service pulled out all the stops, outshining their already impressive industry reputation. They—like many other retailers—were faced with a delivery delay, which was attributed in part to poor weather conditions and also blamed on an unseasonably late Thanksgiving. Unlike other unfortunate individuals who'd ordered from online retailers, Amazon customers were in for a treat.

While UPS and FedEx downplayed delays and fought to keep customer outrage in check, Amazon's customer service took the metaphorical bull by the horns. Instead of excuses, Amazon customers who called to check on their deliveries' whereabouts were greeted with a barrage of $20 gift cards, free shipping, and apologies. Naturally, Amazon customers affected by the problematic holiday shenanigans were very pleased with—and perhaps a little surprised at­—the powerful corporation's forthright, friendly attitude.

Amazon's customer satisfaction rates are directly tied to its success as a company. Because of its consumer-centric approach, the company's shares have increased in value by more than 600 percent since 2009, making the corporation a very lucrative investment opportunity. Jeff Bezos and other top executives are considerably richer as a direct result of Amazon customer approval rates. The same rules work anywhere: you can apply them—today—at your company and reap the benefits.

The online giant's holiday-cheer-filled attitude may well help it in 2014. At the very end of 2013, Amazon filed a patent on a brand new shipping system designed to predict customer purchases in advance—and to send them out autonomously, based on purchase likelihood. The system, known as "anticipatory shipping," will send items to consumers on the merit of previous buying habits.

But wait: there's more. If customers decide they don't want an item, Amazon may simply give it to them anyway, rather than paying the return shipping costs. According to executives at the groundbreaking firm, the system is all about goodwill; building trust with the American public and simple customer convenience. It will certainly be interesting to see how consumers react to the scheme.

Whenever companies innovate in the face of a difficult situation, they invariably generate publicity. In this case, Amazon customers got a lot more than they bargained for at a very important time of year. Because of its outstanding customer service, Amazon is likely to continue to grow as a company in the coming year. If you apply similarly positive methods, your business may be able to reap similar rewards.