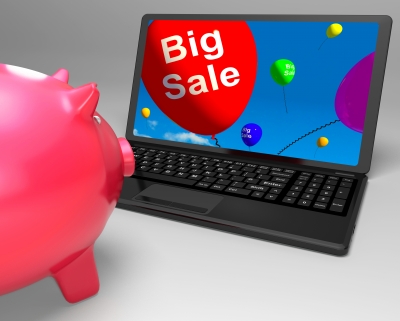 While the United States has been struggling through recession and numerous people have found themselves without work, Amazon.com has continually grown and has steadily increased its number of US employees, helping job growth throughout the country. Since its 1994 inception, Amazon.com, which was founded in the basement of CEO Jeff Bezos, has grown to become the largest online retailer in the world. As online shopping became popular, the company continued to grow at a rapid rate.

In late July, Amazon.com announced its plans to add an additional 5,000 full-time jobs by increasing its staff in seventeen of its US warehouses. Hiring is planned to span ten different states, providing extra jobs in each location. In addition, the company also plans to fill 2,000 customer service positions in four different states with a mix of full-time, part-time, and seasonal workers. The announcement of 7,000 new positions, was welcomed by all of the effected states, which are all looking to increase job growth percentages.

According to Forbes, Amazon.com's sales, which total more than $48 billion annually, are growing faster than Internet sales as a whole. To keep up with growing consumer demand, the company added twenty new warehouses in 2012. It also plans to add an additional five warehouses this year, which will again increase job growth in each location.

While the Internet retail giant does employ overseas workers, the company also retains a remarkable number of American employees for an Internet-based company. In addition to employing more than 20,000 Americans, Amazon.com has stated that it pays its workers approximately 30 percent more than other retail positions, and that doesn't include the stock grants that full-time employees receive, which over the past nine years have added an additional 9 percent to the annual base pay. In addition to stock grants, the company plans to initiate a plan to cover 95 percent of tuition for any qualified employee who wants to further his or her education.

Even though job growth is an issue throughout the United States, Amazon.com's recent announcement isn't without controversy. Some people have stated that the jobs are not comparable to retail jobs, because the job itself focuses more on picking out items to ship to the consumer than selling a product. The quality of the jobs offered also has been subject to controversy, and some reported have stated that Amazon.com has employees working in adverse conditions and that the company has exhausting requirements. One area that every critic agrees on is that the company has hurt local economies because money that used to be spent at local retail locations is now spent online.

Regardless of varying opinions, consumers love the convenience that online shopping offers, and the more people shop with Amazon.com, the more jobs will need to be filled. Whether Amazon.com is helping US job growth or hurting it is a matter of opinion, but job growth is a hot topic that won't go away.