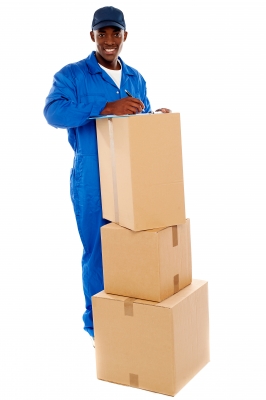 In an attempt to outdo each other in providing the best possible customer service, Amazon and Google are both providing the option of same-day delivery to their customers. Although Amazon has long been the leader in online shopping, Google is aiming to close the gap with its new Google Shopping Express service.

Amazon is currently leading the market with its same-day delivery service. This service is available to residents of a dozen major metropolitan areas in the United States: Baltimore Boston, Chicago, Dallas/Fort Worth, Greater Washington D.C, Indianapolis, Los Angeles, New York City (along with parts of New Jersey), Philadelphia, Phoenix, San Francisco and the Bay Area, and Seattle. Residents of these cities who order by noon can expect to receive their goods by 9 p.m. on the same day.

However, Google Shopping Express is gearing up to take on the online shopping giant. Google recently announced a partnership with Barnes & Noble, which allows users in some cities to enjoy a same-day delivery service when they order books online. Local Barnes & Noble stores in Manhattan, the San Francisco Bay Area and West Lost Angeles fulfill orders of books for Google Shopping customers in those areas. There are plans to increase the same-day delivery area to other areas of New York City, including Queens and Brooklyn.

Barnes & Noble is the latest retailer to join Google's list of partners, which also includes major retailers such as Costco, Staples, Target and Walgreens. By partnering with existing retailers, Google is managing to build up its delivery networks quickly, enabling it to become a serious rival to Amazon's long-established domination of the market.

Google's approach to same-day delivery is very different from Amazon's. While Amazon has huge warehouses and fleets of delivery drivers, Google uses couriers to collect products from local stores and deliver them to customers. Customers can choose a delivery window of three to four hours, which optimizes the convenience of the system.

The competition between Amazon and Google Shopping Express has resulted in same-day delivery being made available to a greater number of customers. Both companies have plans to expand their services to more cities in future.