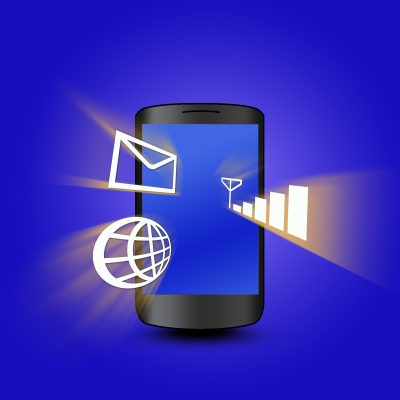 Invented in the early 1990s, the smartphone was first mass-produced for the consumer market in 2007 when Apple unveiled the iPhone. Android and Windows operating systems soon followed, and communication underwent a technological revolution. Use of smartphones is now seemingly ubiquitous, and Americans are so reluctant to put down their devices that many states have enacted laws against use while driving. Two recent studies reveal some ways Americans use smartphones for work and play.

The results of a survey of American consumers on their use of smartphones and customer service expectations was released in June 2014. Customer service and after-sales service ranked highest on the list of purchase criteria for the smartphone and tablet users surveyed. When considering a new device, those surveyed also factor into their purchasing decisions the ease of use, type of operating system and level of innovation.

According to the survey, 74 percent of Americans keep their smartphones within arm's reach throughout the day, and Americans' use of smartphones continues into the night, with 60 percent reporting that they sleep with their phones. Among 18- to 29-year-olds, 84 percent report sleeping with their phone. The phones themselves infrequently sleep, since 53 percent of survey respondents do not turn off the sound even while sleeping.

Younger demographic groups are the most frequent users of smartphones. Nearly 20 percent of Americans between the ages of 16 and 20 years use smartphones for more than five hours each day. This is more than twice as long as any other age group.

Even with the wide array of apps available and features found in the gadgets, text messaging remains the most popular use of smartphones. According to the survey, 86 percent of Americans primarily use smartphones for text messaging.

Use of smartphones extends beyond personal amusement and communication. A recent poll indicates that the job search process has become a multi-screen experience. Results reveal that 83 percent of those surveyed use smartphones or tablets in their job searches. The reason given by 64 percent of respondents in explaining their preference for using smartphones to look for jobs is the ability to search at any time, at any place. Job seekers typically view job alerts on their phones. When they find a job they are interested in, though, 61 percent wait until later to submit their application with a computer.

Since the arrival of the smartphone in the consumer market, less than a decade has passed. As revealed by recent surveys, use of smartphones for communication purposes has become commonplace, especially among younger Americans. As technology continues to advance and bring about even more innovative advances in features, Americans' fondness for their smartphones and expanded use of the devices likely will grow as well.

Photo courtesy of phanlop88 at FreeDigitalPhotos.net