Antibiotic Resistance is a Severe Threat 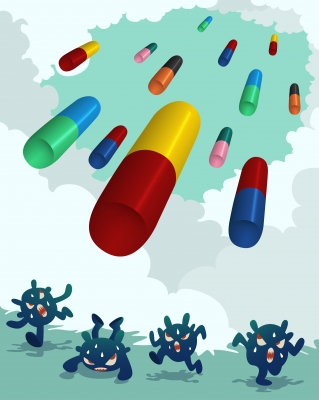 Antibiotics are one of the most valuable tools in the fight against bacterial infections. Unfortunately, overuse and misuse of antibiotics have caused some organisms to mutate, making them resistant to the drugs that once quickly eradicated them. Antibiotic resistance puts patients at risk for life-threatening infections and creates new challenges for researchers tasked with developing effective drugs.

Patients contribute to antibiotic resistance by failing to take their antibiotics as prescribed. In some cases, non-compliance occurs because a patient does not understand the instructions provided by the prescribing physician. Some patients stop taking their antibiotics as soon as their symptoms go away — another example of antibiotic misuse. There have even been reports of patients ordering antibiotics from online pharmacies and using them without the guidance of a medical professional. Any type of misuse can give bacterial organisms an opportunity to develop antibiotic resistance.

Medical professionals also share some of the blame for this growing problem. Patients who want a quick fix for their symptoms often ask their doctors to prescribe unnecessary antibiotics. Instead of educating people about antibiotic resistance, some doctors give in to these demands. The medical field moves at a fast pace, so some doctors feel they have to prescribe antibiotics without waiting for the results of blood or urine tests. Finally, doctors sometimes prescribe high-dose antibiotics without trying a lower dose first. Exposing patients to high doses of antibiotics increases the risk for antibiotic resistance, making it a dangerous practice.

Antibiotic-resistant bacteria are a threat to everyone, but they are especially harmful to elderly people, children and people with compromised immune systems. For example, transplant patients have to take immune-suppressing drugs, so they are especially susceptible to antibiotic-resistant organisms. Medical professionals can reduce the risk of antibiotic resistance by waiting for the results of laboratory tests, prescribing the lowest possible dose of an antibiotic and refusing to give in to patients who demand antibiotic therapy to treat their symptoms. Patient education is also a good way to fight this growing problem. Patients who understand the potential harm are more likely to comply with prescribing instructions and avoid taking unnecessary antibiotics.

Antibiotic resistance increases the risk for hospital-acquired infections, amputations and death. Whether you are a nurse or a hospital administrator, you play an important role in educating patients about this serious health issue.

Photo courtesy of holohololand at FreeDigitalPhotos.net

Register
Sign In
3 simple ways to protect yourself from drugs and germs on the job
news via PoliceOne Daily News
My Husband Became a Poster Child of the Post-Antibiotic Era
news via Yahoo News - Latest...