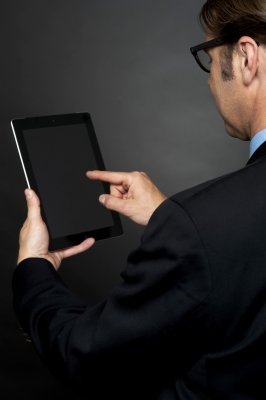 Sales of tablet computers continue to decline towards the end of 2015 as part of a larger trend that started in the last quarter of 2013. Industry experts once predicted that Microsoft would dominate the market, and then tablets faced decreased sales that nearly destroyed the market. Luckily, newer products may save these mobile devices that act as a bridge between a phone and a computer, even as Apple's iPad loses its luster.

The lack of sales among tablet computers is due to many factors. Personal computers evolved to include more software capabilities beyond just word processing, gaming and Internet usage. Even though laptop sales outpace PC sales, consumers still prefer the way a desktop computer runs compared to a tablet device. Designers of tablets — especially those from Apple — tried to replace PCs with these mobile units. When that failed, consumers started to migrate back to desktops.

PC technology evolves so quickly, people may need to replace units faster as processors, graphics cards and wireless technology change rapidly. This hasn't happened with tablet computers. The iPad from five to eight years ago may work just as well as the current model simply because of the way these devices improve. Tablets simply need new software, as opposed to new hardware, for upgrades. Downloading new software onto a tablet doesn't take a lot of effort with a wireless connection.

Instead of upgrading to a new tablet every two years, customers now know they may not need new hardware. As long as the Internet connection works and new apps are compatible, older tablet computers work just fine. Apple tried to corner the smartphone market with new iPhones every two years, but even that strategy started to backfire in 2015 when consumers began to realize their old iPhone models work just fine.

Another reason for decreased sales includes smartphones. When phones became affordable with 4.5-inch screens, slightly larger tablets became obsolete. Consumers would rather do everything on a larger smartphone touch screen than a smaller tablet screen.

Consumer electronics businesses rely on churn to continually make money. That means people must replace aging hardware with newer models for companies to increase revenue streams and profits. Since many consumers know tablets don't wear out right away, firms such as Apple, Microsoft, Google and Blackberry must figure out ways to make hardware upgrades worth the purchase price for new models. Otherwise, sales may continue to decline even further as laptops and smartphones become more attractive buys.

The key to increase the sales of tablet computers lies in company strategy. For tablets to have a rebirth, much like PC sales, firms must convince consumers buying a new device every two years becomes a necessity. Once manufacturers figure out the churn, sales may start to elevate.