Are These Apps Draining Your Smartphone Battery? 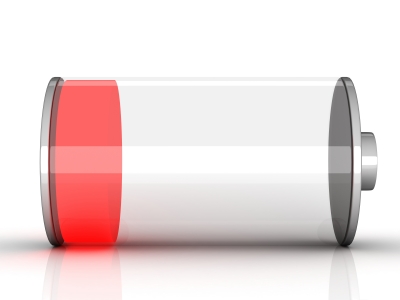 Most Android smartphone users are aware that many phone features, such as the display, are notorious smartphone battery drainers. Many popular apps for social media, gaming and music can be just as detrimental to the average smartphone battery. Security vendor AVG compiled a list of the worst smartphone apps for battery life. The list is based on data gathers from one million users worldwide during the last quarter of 2014.

Among smartphone apps that automatically launch at startup, the absolute worst app for battery usage was Samsung's pre-installed Beaming Service, an app that continues to run in the background all the time. Beaming Service, along with second-runner-up Security Policy Updates, are described as 'bloatware' by many users and industry insiders. Facebook and the GPS and traffic app Waze were also near the top of the worst-offenders list for auto-launch apps.

For apps that are run deliberately by the user, the worst offenders were Samsung's WatchOn media app, followed by OLX Free Classifieds, Spotify and Amazon. Netflix was also a big smartphone battery drainer, but it dropped off the list after a November 2014 update.

For gaming apps, the top three offenders were King's Candy Crush Soda Saga, Candy Crush Saga and Pet Rescue Saga. Supercell's Clash of Clans came in fourth place, just above King's Farm Heroes Saga. While gaming continues to be a major source of time spent on Android devices, the average amount of time spent gaming fell from 62 percent during the third quarter to 49 percent in the fourth quarter, corresponding with an 11 percent rise in time spent on social and communication apps.

Despite some apps' insatiable appetites for smartphone battery power, app usage among smartphone users is not likely to subside. According to a comScore report, 55 percent of Internet users in January 2014 accessed the Web from a mobile device, with 47 percent of that web traffic coming through the use of mobile apps. For many users, mobile apps are often easier to use and access than mobile websites. More people than ever are accessing the Web from mobile devices and tablets, and experts predict that within the next five years, the percentage of mobile Internet users will outweigh the number of users who access the web from computers and laptops.

You don't have to choose between the convenience of these apps and your smartphone battery. AVG recommends performing a few tweaks to your phone's settings for sustained power. Go to your phone's App Settings menu to disable notifications for apps that don't require them. You can also lengthen the refresh interval for automatic background downloads and try turning off GPD location services. Any of these switches help preserve a smartphone battery without sacrificing convenience.