Are We Really All That Busy? 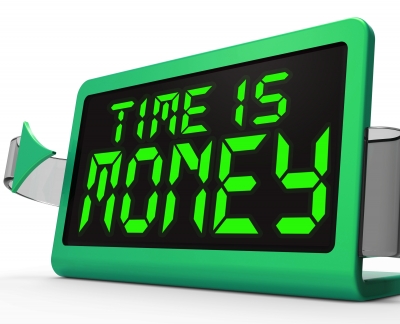 Despite assertions to the contrary, Americans work less than they think, sleep more than they realize and have at least 40 hours of free time per week. A new American Time Use Survey shows people tend to overestimate their hours at work, and workers actually sleep more than they work. Part of the reasons for these misperceptions is due to a change in the way contemporary Americans work and what people think about time management.

Sociologist John Robinson explains employees do not realize how many hours they work because of how time denotations on the job have changed since the first American Time Use Survey was done in 1965. In the mid-1960s, factory workers clocked in and clocked out by either punching timecards or writing down times to record their hours at work. Thanks to technology, workers typically swipe an employee card or input number codes. There are fewer factory jobs compared to 50 years ago. Unlike factory workers, people in service industries typically don't work nonstop, and they tend to have irregular hours and downtime during the day. Therefore, they have fewer benchmarks to use when it comes to estimating exact number of hours they work per week.

On average Americans sleep 8.75 hours per week and spend 7.55 hours at work. Even though people spend billions of dollars per year on caffeine, coffee and stimulants, the health benefits of more sleep seem to be disseminated throughout the labor force. Despite getting enough sleep, Americans still feel exhausted.

Sociologist John Robinson also notes that although women typically don't have as much leisure time as men, they have more free time today than they did in the 1960s. However, women still tend to feel more rushed than men, and part of this perception is because men have more free time. Robinson's study reveals that women spend more than 2 hours per day doing housework, versus just 1 hour and 17 minutes per day for men. Women also tend to spend more time catering to the needs of their children.

Americans spend about half of their free time watching television, and the amount of time spent watching television has dramatically increased since the 1960s. The main reason for this lies in the multitude of shows and channels available to contemporary consumers.

Surprisingly, technology has not affected people's free time, and the Internet and social media actually increases social interaction. Time management tools, such as online to-do lists and apps that help with time management allow people to focus on other important aspects of life.

Overall, the American Time Use Survey shows that people are less happy despite having plenty of free time. Those who watch more television are not as happy as those who socialize or read books. Perhaps the problem is not the hours at work, but the hours at play. The quality of free time seems to trump the quantity.

There are still overriding perceptions that modern Americans feel rushed over an average day, despite spending less hours at work than they realize. Maybe there is too much stimulation for the brain to handle, or perhaps fast-paced society alters human consciousness. Robinson suggests recording the amount of time spent at various tasks each day. That way, Americans can learn how to prioritize their lives without feeling exhausted.