Are We Really Ready to Upgrade to 5G? 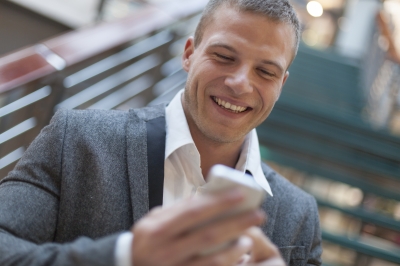 An upgrade to 5G represents the next evolution of a wireless network. Unfortunately, the tech world may not have all of its elements in place for such an expansion, even though the technology is readily available.

The 2017 meeting of the Mobile World Congress in Barcelona was abuzz about the coming upgrade to 5G. The wireless network promises a huge increase in speed to several gigabits per second, a nice upgrade from 15 to 20 megabits per second provided by 4G networks. The network also reduces delays and increases the reliability of networks that connect smartphones, mobile devices and tablet computers. Unfortunately, there are a few problems that come with this faster addition to the mobile world.

An upgrade to 5G has to go through major equipment providers who must invest in the hardware behind mobile devices. Nokia, Ericsson and Huawei are all major players in this game, but so are chip makers such as Intel and Qualcomm. Every hardware manufacturer needs to know how to bring their goods up to the higher standard of 5G. That kind of across-the-board standardization takes time to develop and requires collaboration among programmers, coders, manufacturers and developers.

Wireless carriers are eager to upgrade to 5G, as this is a huge marketing point, and hundreds of millions of consumers are likely to upgrade. Verizon went so far as to announce a forthcoming 5G trial run. However, a trial at this point could turn into a fool's errand because the stakeholders in the next-generation 5G network haven't standardized anything yet. Back in 2015, Google announced its intention to become a wireless carrier, but this hasn't panned out as of early 2017. Perhaps the tech giant is waiting for 5G standards to come into play.

Although consumers and industry experts eagerly await the upgrade to 5G, the switch won't happen quickly. Carriers and consumers alike must remember that the transition from 3G to 4G took several incremental steps in one direction. For example, some wireless carriers tout a 4G wireless connection with gigabit speeds much higher than early versions of 4G networks.

The theory of a 5G network may not live up to the reality. Some companies predict the emergence of a practical 5G network sometime in 2018 or 2019. Other industry experts say a viable 5G network should arrive sometime in 2020 after more tests conclude. The 2018 Winter Olympics in South Korea and the 2020 Summer Olympics in Japan intend to serve as testing grounds for this new network, especially since these huge events are in countries with many tech manufacturers.

Some companies may come out with transitioning technology until 5G becomes available. In the near future, there might be a 4.5G or similar network that carriers and hardware companies use to market smaller advances.

An upgrade to 5G is sure to happen sometime in the future, as progress remains inevitable. When and how it happens depends on many factors, including the financial and time investments tech companies are willing to make and the demand for this upgrade from consumers.