Are We in a GIF Renaissance? 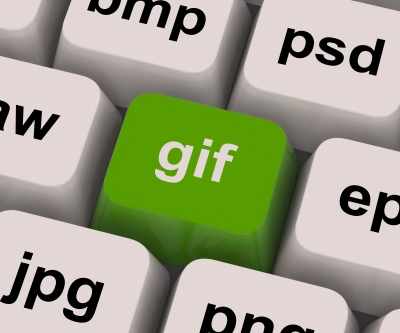 ertising professionals use a variety of digital media to attract attention, so it is no surprise that GIF files are becoming popular again. GIFs, or graphics interchange format files, comprise of multiple image files in a compressed format. Their smaller size makes them easier to transfer, so they are often the format of choice for advertisers. Although many advertisers are just now using GIFs for their campaigns, the file format is actually more than twenty-five years old.

Need proof that we are in a GIF renaissance? Austin-based Cinegif recently raised $500,000 to boost sales of its cloud-based GIF platform. The all-in-one platform includes cloud-based hosting and an analytics dashboard to track the success of each campaign. Users can create files with multiple GIFs and links, making it easier to engage audience members. The platform gives advertisers more control over their campaigns and reduces the need to outsource content creation activities.

In 2012, Coca-Cola created a memorable campaign using a GIF published on Tumblr. The ad featured a can of Coke set against the background of a swimming pool. Tumblr users left approximately 35,000 notes on the image within the first twenty-four hours of the campaign. Danielle Strle of Tumblr says the GIF is a great format because it has the visual appeal of a video, but viewers do not have to click "play" or take any other action to see the content. Coca-Cola also used GIFs in a holiday campaign to tell the story of a snow day. The images featured snowmen, penguins, polar bears, snowflakes, and other symbols of the season. This campaign also generated a lot of attention for the brand. It still maintains a Tumblr account.

There are several reasons GIFs are enjoying such a renaissance in advertising. Some companies use GIFs as premium content, making it easier to communicate brand attributes. Luxury brands sometimes use this file format to create a glamorous look at their productions. In a digital world, getting audience members to share content is more important than ever. GIFs are easier to share than videos, so some advertisers are using them to generate higher response rates. This file format also makes it easy to share action scenes with viewers without having to shoulder the cost of a video shoot. Some advertisers are using GIFs to share action shots of athletes or clips from television shows.

Many advertising trends come and go, but the GIF is here to stay. The small size of the format, coupled with its ability to tell a story and convince viewers to share the content, makes it one of the best tools for advertisers who need to create a digital presence. Because viewers do not have to click play to see GIF content, they are more likely to share them with other online users and increase the advertiser's reach. This is just one of the many advertising trends to watch in the upcoming year.