Are You Embellishing Your Resume? 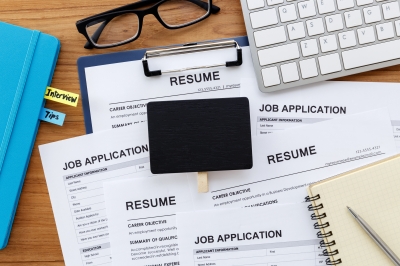 Your resume describes your unique skills, enables you to brag about your greatest accomplishments and explains to hiring managers how you can bring value to their organizations. If you embellish the facts about your career or misrepresent the truth, you're risking a lot more than just one interview. Find out why some job seekers lie on their resumes, and discover how employers uncover the truth.

Some job seekers lie on their resumes because there are gaps in their employment histories. By falsifying dates, a job seeker can make it appear that there were no periods of unemployment. Falsifying dates also helps job seekers to cover up a lengthy period of job hopping. Don't get caught up in this. If you have employment gaps that are noticeable, provide a brief, yet honest, explanation about it on your resume or cover letter.

Other dishonest job seekers lie about their past accomplishments or the job duties they performed in another position in order to convince the hiring manager that they're capable of handling the duties of the job. Fight the temptation to do this when crafting your resume. Only list skills and experiences you actually have, and don't take sole credit for group accomplishments.

Some resume discrepancies are discovered early on, even during the job interview. Job seekers who twist facts often get caught up in their lies when questioned about details during the interview process. Other resume lies are uncovered when the hiring manager calls a candidate's references or conducts a background check to verify the information provided on the resume.

Some dishonest candidates actually receive a job offer and work with the company for years before their resume misrepresentations come to light. Imagine claiming on your resume that you speak fluent French when you barely made it through French I with a C in high school. Now, consider the embarrassment when your boss asks you to have lunch with a French investor.

If you lie on your resume, there are a number of risks you're taking. First, you're bound to be disqualified as a candidate if the truth is uncovered during the interview or vetting process. If you get the job and it soon becomes clear that you don't possess the skills you claimed, you're likely to get fired. In either scenario, you're left with a tarnished reputation, both with the potential employer and others in the industry who learn of the deceit.

While some job seekers have no problem crafting a professional document that showcases their skills and abilities, others feel the need to embellish the facts. Don't be tempted to lie on your resume or stretch the truth. Only submit resumes, cover letters and other application materials that are 100-percent truthful to develop a solid foundation with employers within your industry.