Are Your Behaviors Turning Employees Away? 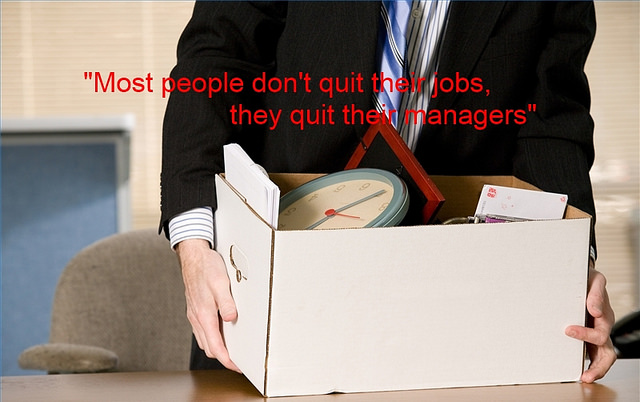 When employees have a choice between dealing with a bad boss every day or finding a new job, many prefer the uncertainty of starting over. In a July 2017 BambooHR survey, 44 percent of respondents admitted a bad boss was their primary reason for leaving a job. Chances are, you've experienced the aggravation of poor leadership at some point. As you climb the ladder, avoid adopting these unacceptable behaviors that repel employees.

Employees respect managers who trust them to do their jobs well, so think twice if hovering is your style. Because leadership roles come with higher accountability, it's common to feel intense pressure and second-guess your team as a new manager. Employees are hired to take ownership of their roles and reduce the team workload, which isn't possible when bad bosses never let them take charge and work through obstacles.

At the opposite end of the spectrum is the hands-off boss. Unlike a micromanager, passive leaders set unclear expectations, making it difficult for workers to deliver the best results. Out of self-preservation, you may give vague directions to avoid responsibility in the event of a problem. Unfortunately for everyone involved, this behavior sets the team up to fail, and top employees quickly realize they can't rely on you for support or guidance.

Although you probably didn't set out to be a bad boss, you're more likely to struggle with leadership if you lack confidence and have a negative outlook. Strong leaders value employees for their strengths and empower them to embrace challenges suited to their talents. If you spend more time criticizing employees than encouraging them, you may be letting your personal insecurities get in the way of making good leadership decisions.

Taking All the Credit

Unsurprisingly, employees are most frustrated when bad bosses accept all the praise for their work. In the BambooHR survey, 63 percent of all respondents considered credit-stealing bosses a deal breaker, and older respondents were even more likely to view this behavior as unacceptable. Whether it's saving money, improving a process or building customer loyalty, ideas and solutions are the currency employees use to prove their value to the company. Managers who take credit for everything rob employees of opportunities for recognition, making it hard for them to advance in the company.

Promoting the brown-nosers, poor team players and people pleasers produces a culture of bad bosses. Too often, companies offer higher roles to employees with poor leadership skills, and they lack the influence, expertise and self-assurance to motivate others. When employers continually promote the wrong people, top employees take their talents elsewhere.

Overall, the survey respondents rated behaviors such as condescension, harassment and poor management as their top reasons for fleeing a bad boss. Losing productive employees puts a dent in company budgets, leading to costly hiring cycles and team restructuring. Companies that want to retain talented employees and improve team performance must be willing to find and correct leadership behavior that are driving away good workers.