As Demand for Skilled Employees Rises, So Does Salary and Promotions 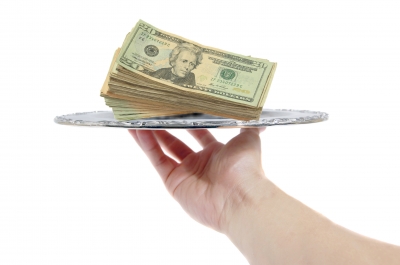 As the economy emerges from the recent recession, the demand for skilled employees is growing rapidly. This demand has put these employees in a good position to ask for salary raises and promotions. Not surprisingly, many businesses have reported a strong increase in these requests over the last couple of years.

Accountemps conducted a survey of more than 2,100 chief financial officers in the United States in 2014. According to the results of this survey, 43 percent of CFOs are experiencing an increase in the number of requests for salary increases and promotions over two years ago. Another 44 percent said that the rate of requests had stayed the same, while only a small fraction reported a decrease.

An earlier survey by Robert Half, the parent company of Accountemps, predicted a rise in the starting salaries of certain types of skilled employees, such as corporate accountants. The company estimated that salaries of these workers are growing by between 2.9 and 4.4 percent in the United States, with similar levels of growth in Canada. Salaries of finance professionals in the United Kingdom are rising even faster, with an average increase of 6.1 percent in 2014.

The strong growth in salaries of skilled employees is directly related to the difficulty that companies have finding candidates with the requisite skills to meet their needs. When the demand for these workers increases, companies have to pay more to recruit talented professionals. They also have to be more open to demands for raises and promotions from their existing employees in order to prevent them from taking positions with rival organizations.

Another recent survey has confirmed the necessity of salary raises for retaining skilled employees. In this survey, conducted by human resources consulting firm Towers Watson, well over one third of office workers said that inadequate pay was their biggest motivator for leaving a job. Additionally, when Human Resource Management surveyed workers in the United States in 2013, pay was found to be the most important factor in the level of satisfaction workers felt in their current positions.

This information could encourage many skilled employees to push for higher salaries. However, even when workers have leverage, negotiating for a salary increase can be awkward and difficult to handle. Employees need to take a carefully planned approach to the process, comprehensively laying out how they contribute to the success of the organization and why they therefore deserve an increase in pay or a promotion.

The growing demand for skilled employees in many sectors means that salaries are rising and demands for promotion are more likely to be met. However, even those with the most coveted skills need to take a thoughtful approach when negotiating for a higher salary. By demonstrating the value they provide to the company, these workers can take advantage of market conditions and move their career forward.