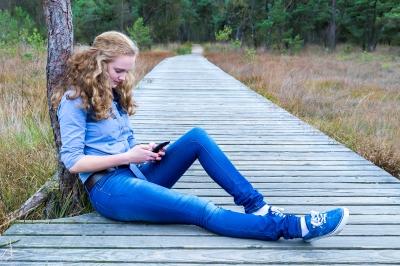 There are a lot of quirky games you can download to your smartphone as an app. One such app game, called "Blue Whale Challenge," is a combination of malware and a sick and twisted way to try to get youth to commit suicide. This software targets at-risk youth on purpose, and several school districts in the United States have sent warnings to parents about the app.

"Blue Whale Challenge" encourages kids to do 50 tasks in 50 days. If the person doesn't fulfill one of the tasks, the app game then threatens to blackmail the kid by sending personal information to the child's parents. The app gets this information by hacking into the smartphone. The so-called game uses fear and intimidation to get to at-risk youth. The last task on the game involves committing suicide because the game builds up a kid's fear so much that the game tries to convince the person that suicide is the only way out of the situation.

Baldwin County Schools in Alabama sent messages to parents warning them about the game. Schools in New Zealand and the United Kingdom also warned parents about "Blue Whale Challenge." Authorities urge parents to delete the app as soon as possible, and with good reason. A newspaper called the Siberia Times, in Russia, reported that more than 130 kids killed themselves between November 2015 and April 2016. These suicides all had one thing in common; someone called the "master" convinced them to commit suicide after joining a particular social media group.

If the report in the Siberia Times is true, then parents should show concern. The threat of "Blue Whale Challenge" is so serious that Instagram places warnings on people's phones asking them to seek help if they are going through a tough time. This warning pops up after someone searches for the hashtag "#bluewhalechallenge" on the social network. Why does this game have everyone warning parents?

The game starts out innocuous enough as teenagers tag each other on social media, primarily Snapchat, and issue challenges to play. This is how the game builds groups on social media. The group's administrator, known as a master or mentor, then encourages kids to perform tasks. The first task may involve sharing a song, but then the tasks quickly turn dark over just a few days. The administrator tries to get teens to cut themselves, balance on roofs, kill animals and watch gory videos of teenagers killing themselves.

"Blue Whale Challenge" takes advantage of the mobile game craze that millions of people plug into every day. In 2013 alone, more than 15 million people played "Candy Crush Saga" per day. The craze of apps as games only took off from there. With so many choices, it's hard for parents to monitor their children's mobile activities.

Keep a watch out for "Blue Whale Challenge" if you see something like this on your child's smartphone. This is not a game or an urban legend, it's a scary reminder that technology can harm as much as it can help.