Big Book Dealers are Failing While Indie Shops are Growing 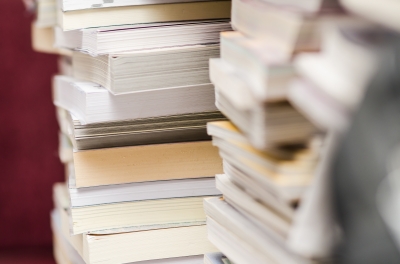 The growth of the online book marketplace and the shift into e-book formats has led to a sharp rise of the number of books that are sold over the Internet or through mobile devices, either to be shipped physically or increasingly to be downloaded to e-readers. This has transformed the nature of the book business and forced both publishers and booksellers to rethink old models.

Among the many online retailers that are changing the nature and essence of the book business is the behemoth Amazon. In fact, it may be argued that Amazon is changing the face of the retailing business as a whole, not just with books. However, because it started as a book retailer and has expanded successfully into publishing and soon into a Netflix-like system in which it rents books, the reverberations of Amazon's every move are felt most dramatically in the book business.

Experts agree that Amazon is responsible for the collapse of one brick-and-mortar book retailing company, Borders, and it has another superstore, Barnes & Noble, fighting for its life and looking for ways to diversify for survival. With the downfall of these book-retailing giants that thrived in the 1990s and early 2000s, another turnaround in the book business that is perhaps even more surprising than the astronomical success of Amazon's recent ventures is the rebirth of the indie book shop as a brick-and-mortar alternative to the superstores.

As recently as 2009, indie book shops seemed to be on the way out, a relic of a bygone era of book selling. Then something remarkable and surprising occurred: Their numbers began to grow and continued a steady increase in the next four years. Although today such independent stores make up only half of their peak numbers in the 1990s, industry experts can no longer ignore this growth or chalk it up to an idiosyncrasy in the book business.

Independent booksellers no doubt have benefited from the demise of the brick-and-mortar superstores like Barnes & Noble and Borders, but there are other factors to take into account in any analysis of the current book selling market. First, the expansion of the online retail market has led to a rise of boutique and specialty retail brick-and-mortar stores, a phenomenon not unique to the book business. Retailers have learned to counter quantity with quality and specialty. Second, independent booksellers have learned to cater to their communities, sponsoring readings and local authors with much more warmth than the mega stores were ever able to do. Finally, traditional readers who still like the experience of reading an old-fashioned book, even a hardcover, have learned to rely on their local independent stores to cater fully to that experience.

As the book business continues its drastic transformation, the effects continue to be felt throughout the industry, affecting publishers, distributors, authors, readers, and technology giants like Apple and Amazon. One of the most surprising benefactors of such change, however, has been a group that many considered would soon be extinct: the independent book seller.