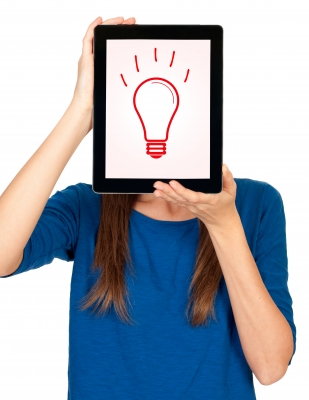 Like working in retail but hate the idea that it’s not high-tech driven? That your techy career compatriots will be pushing the envelope in mobile and web tech working for an angel funded startup in Silicon Valley? Not to worry. Retailers are going high tech and in a big way.

Some are revamping their organizational structures to improve the customer experience. They’re using today’s latest techniques and technologies across stores, websites, and mobile devices to draw in customers, and to acquire and analyze the vast silos of data that turn prospects into customers. One such retailer you know quite well—Target.

Earn Time, Money for Your Prototype

According to a recent article in the Star Tribune, Target conducts Big Idea contests where employees can win cash and time off to develop their prototypes. During the last contest, the company received over 700 submissions, four of which are being produced. Target also has TGT Make Days two times annually, allowing “tech heads” to work on whatever inspires them. “We are willing to take bets on ideas that won’t go forward,” said Beth Jacob, Target’s executive vice president and chief information officer. “As an organization, we are well prepared to do that,” added Jacob.

The retailer has assigned teams in IT, marketing, merchandise and digital departments to pore over the ideas. Those that show promise move on to the new Rapid Application Deployment (RAD) office at headquarters, where prototypes are developed and tested in small stores. RAD’s first test project will address a critically important demographic in the back-to-school market.

Retailers Getting the Message: High-Tech Training Is In

Josh Bersin, principal and founder of Bersin by Deloitte notes that businesses spend more than $60 billion on training, with more than half of that devoted to technology, tools, coaching, and other "non-instructor led" solutions. He points out that the e-learning industry is over $2 billion strong, with today’s employees looking to video games and other new tools to acquire knowledge. Training for sales people dovetails with the CRM system, and new hires are often trained using mobile devices or integrated into social networks.

Smaller retailers often use outside sources to bring employees up to speed on social media. Companies like Say it Social offer on-site or social media online training for businesses. They provide custom social media classes and workshops tailored to a specific industry. Classes can be conducted on the retailer’s site or employees can attend their training facility.

Eddie Lampert wins court approval to buy Sears out of bankruptcy an...
news from Markets

Bloomberg gets into alt data; Millennials are taking over the mortg...
news from Markets