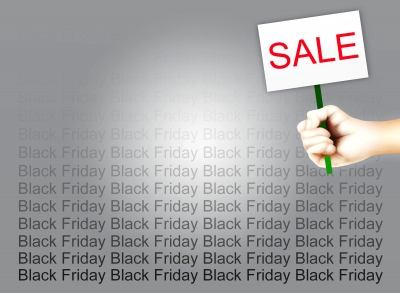 It's said that the holiday season comes earlier every year, and that's certainly true in the case of Black Friday shopping. Black Friday sales, in which retailers offer some of their steepest discounts of the entire year, have become a holiday tradition—and, like most holiday traditions, Black Friday sales are coming earlier every year. In 2013, retail giants Best Buy, Macy's, and J.C. Penney all opened for early Black Friday sales at six p.m. on Thanksgiving Day. Walmart did likewise, despite a nationwide strike for a living wage on the part of its workers. Kmart beat the pack, however, and probably set the trend for 2014 by opening twelve hours earlier, at six a.m. Thanksgiving morning.

What's behind all of this? Why are major retailers starting their Black Friday sales earlier and earlier every year, to the point now that Kmart was actually making its first Black Friday sales before most people had their turkeys in the oven? Well, in the competitive world of retail sales, there's usually a good reason. In this case, it comes down to the data.

Black Friday shopping has always been a profitable time for retailers, but Black Friday sales dollars are not distributed evenly. Data from economic research is highly revealing here. The Georgetown Institute for Consumer Research has determined that over 50 percent of the allocated holiday shopping budget families set aside will be spent between Thanksgiving and Cyber Monday. What's more, data from MasterCard reveals that a full 70 percent of that spending will be done at the first two stores a customer visits. Clearly, there's a powerful incentive to be the first or second store people visit over the weekend, which means the edge will always go to the earliest Black Friday sales events—even if they get pushed back to before Thanksgiving even gets underway.

This trend isn't going away. Kmart gained a huge advantage over its rivals by opening before the Thanksgiving football games had even started. Next year, other retailers are sure to follow suit. If Kmart intends to maintain its lead, the only option available to the retailer will be to open even earlier, perhaps Wednesday night. This kind of positive-feedback escalation is known as an arms race. Once it starts, as long as the underlying incentives remain in place to drive it, there's almost no limit to how far it will go.

So now that you're picturing 2025's Black Friday sales starting the day after Christmas, 2024, is there anything to be done? Arms races usually end with either a blowup—admittedly unlikely in retail sales—or when one or more participants drop from sheer exhaustion. Sometimes, arms races end as a result of outside intervention, but again, that's unlikely here. It's possible that the creep of Black Friday sales has become a permanent fixture of the consumer economy, in which case, customers will at least get some nice discounts.

Amazon slides despite saying that Cyber Monday was its single-bigge...
news from Markets

Turkey’s turmoil blew a $19 million hole in one trader’s account — ...
news from Markets