Boomerang Generation - Why It's Bad for Parents and Adult Children 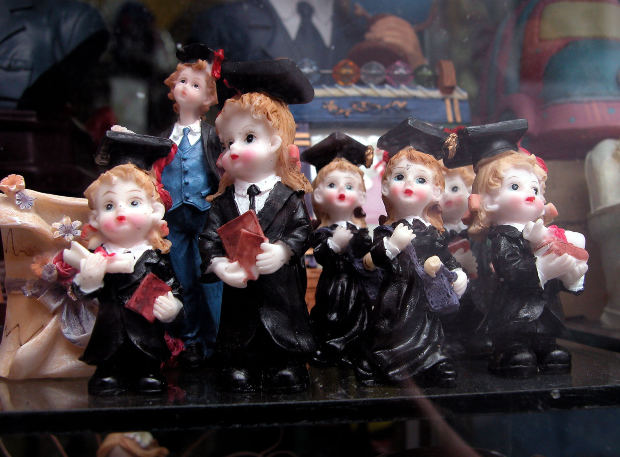 Lately, I heard people referring to the new group of young, twenty-somethings as the “Boomerang Generation.” The name is, of course, based on the growing trend of college student, recent college graduates and even people in their late 20's returning home because they can no longer afford to live on their own. A large part of their failure to launch is due to the incredibly tight job market, the lack of entry-level jobs that pay a living wage and the huge burden of student loan debt. Although these young people are often portrayed as spoiled, entitled, immature and lazy, for the most part, they are just as determined as my generation (Gen X, the “slackers”), only they lack the same options that we had.

The problem has become so prevalent that a recent Pew survey found that 36% of Americans ages18-31 were living at home with their parents. This is a huge number. What's even more shocking is that 17% of adults aged 25-31 live at home.

There are so many factors at play, but it's clear that this generation is facing challenges that don't have any easy answers. Here are a few reasons for this growing trend:

Unpaid Internships have become standard – Most college students have struggled to find work after graduation. Part of the reason for this is that more and more companies are replacing entry-level positions with unpaid internships. Using the lure of a full-time paid position as bait, they are able to get basically well educated, free employees who treat each day as if it were an audition and who are willing to go above and beyond to stand out. It's a good deal for them, but sadly, most of the promised jobs never come through. In fact, only 37% of unpaid internships lead to job offers, while 63% of paid interns find jobs. This means that it's probably better to not have an internship at all, rather than take an unpaid position.

Student loan debt prevents young adults from leaving home – It's no surprise that Millenials are buried under a mountain of student loan debt. After graduation, many are only able to find part-time or minimum wage jobs. In spite of that, they still have to pay back their loans. Many young people are finding that college was a bad investment and they wish that they could go back and make a different choice. Had they started out with a trade or even an entry-level job, they would be further along and not struggling to pay down college debt. This debt makes it difficult for them to move out or even buy a home until their loans are repaid.

Parents have limited resources – On television, these parents are portrayed as white collar professionals with the funds to support their children for as long as they need to. In the real world, this is rarely the case. Many parents are struggling to support themselves as it is. During the economic recession, Baby Boomers have been losing their jobs at a higher rate and facing longer job search times. Even if they wanted to continue to support their adult children, most of them don't have the means. They are using up their savings and their retirement funds in order to provide for themselves and their returning children.

Blame it on a “skills mismatch” - Most of the time, young adults are being blamed for the problem. Even the President has mentioned a “skills mismatch” and said that young people aren't graduating with the skills that American corporations need. He went on the say that this was the reason for the high unemployment rates among that age group. Even though many believe it, it's simply not true. Upon further examination, the skill that they lack is working for much less than they're worth – but they're working on it.

There are many reason why young adults are returning home. It's a bad sign for our country to think of an entire generation being lost or delayed and it's a sorry reflection of how the recovery is going.

Are you a young adult who moved back home? Are you a parent, trying to support your adult child? Please share your thoughts and experiences in the comments.