Bullying Happens With Adults, Too 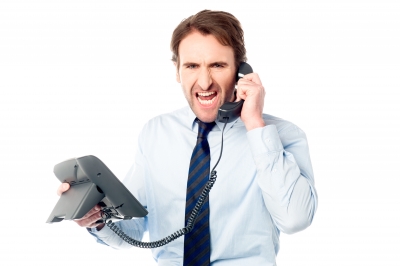 Workplace bullying happens at an alarming rate, but it rarely gets enough administrative attention to spur a change in organizational values. In a 2014 survey, the Workplace Bullying Institute reported that 65.6 million U.S. workers had experienced or witnessed abusive conduct, and 38 percent of witnesses admitted they did nothing to help the victims. Workplace bullying thrives in cultures with poor communication and responsiveness, and only company-wide accountability can end the cycle.

The Workplace Bullying Institute reported that less than 20 percent of employers took action to resolve bullying. Employer reactions to bullying were overwhelmingly negative, with 41 percent denying or dismissing it as nonharmful, 15 percent rationalizing the behavior, and 16 percent defending or encouraging it. To make matters worse, bullies may hold leadership positions or be favored by upper management, making it difficult for victims to get fair consideration when the incident doesn't involve illegal discrimination.

While 40.1 percent of surveyed cases involved a single higher-ranking individual, 23 percent involved multiple bullies. Moreover, 61 percent of victims lost their jobs due to quitting or termination. Turning a blind eye for too long creates a hostile work environment where employees expect victims to be ignored and bullies to be protected. As Faas points out, workplace bullying becomes a systemic problem, reinforced by hiring practices, leadership mentality and governance policies that value results over team relationships and mutual respect. Not only do the bullies win, but the victims end up being ostracized or increasingly targeted by other co-workers. Employees who don't join in fear retaliation or indifference from employers, making them reluctant to add stress to their own work lives by speaking out on a victim's behalf.

To stop workplace bullying, leaders must be willing to invest in cultural transformation, which starts with teaching existing employees how to communicate effectively. Instead of treating workers as mere tools to get the job done, leaders should view everyone as competent equals with valuable ideas and feedback. Faas advises leaders to discuss mutual expectations with employees until they come to an agreement, so all parties feel comfortable voicing opinions and taking ownership of their roles. Regular communication can help colleagues stay motivated and on the same page as goals and expectations change.