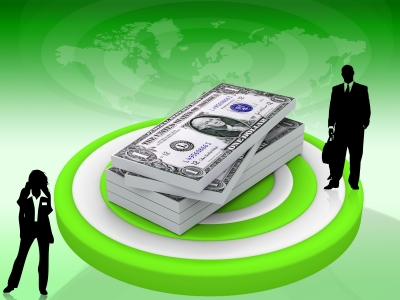 Most salespeople focus on converting prospects into customers or selling more to existing customers. If you want to understand how the economy affects the industry, you must also pay attention to small-business growth and economic indicators such as the gross domestic product and unemployment rate. Paying attention to these indicators can help you identify sales trends and use the information to your advantage when approaching potential customers about buying your products or services.

Although this indicator is often used when discussing the health of the economy, some experts believe that it is an outdated way to measure economic growth. They argue that the world needs new economic indicators that take environmental costs into account. Simon Kuznets recognized this in 1934, when he said that the GDP does not address the distribution of wealth in a nation. He also says that if the GDP is too focused on the wealth of an entire nation, income gaps could put the health of that nation's economy in jeopardy.

As a sales professional, the amount of small-business growth that occurs during a specific period affects you in many ways. If the economy is good, small-business owners tend to hire more workers. This creates additional job opportunities for people who have experience selling products and services to consumers and business professionals. Small-business growth also affects the amount of money consumers and business owners can spend on products and services. If there is a decline in small-business growth, you may have a harder time making sales. This is because people do not have as much money to spend on discretionary purchases as they do during times of economic growth.

Learning new sales techniques is important, but you must also watch the economy for signs of change. Small-business growth has an impact on the GDP, so you may have to adjust your sales strategy based on recent economic trends. Doing so can help you ride out tough times in the economy and keep your job even during times of slow growth.

How corporate zillionaires could prove Bernie Sanders and Elizabeth...
news from The Week - Business