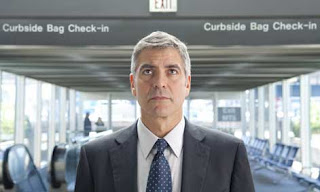 A new Deloitte Survey revealed that corporate travel would increase in 2011. Good news for those working in hospitality and travel sectors, especially in light of the many anticipated layoffs and downsizing.

According to the survey, 80 percent of business travelers expect to equal or exceed their 2010 levels of business travel. That said, steely-eyed controllers have begun to put the brakes on certain travel expenses during this economic downturn. Shorter trips, cheaper food/restaurants and less expensive hotel rooms were mentioned as slimmer budgets tightened perks.

Business travelers also noted specific habits and preferences when it comes to accommodations. Roughly two-thirds of respondents noted that they often work in their room. A striking majority of respondents regarded high-speed Internet and free parking as key amenities for business. Nearly a third of business travelers indicated that they would stay at a hotel brand they trusted even if it were less conveniently located.

Business travelers in the 18 to 29 demos and those earning over $150,000 annually were far more likely to own a smartphone. And nearly one-fourth of smartphone owners have downloaded a hotel application to book a room. Surprisingly, general-purpose travel websites were not routinely used by business travelers for booking accommodations.