Can Big Pharmaceutical Companies Really be Cut Down to Size? 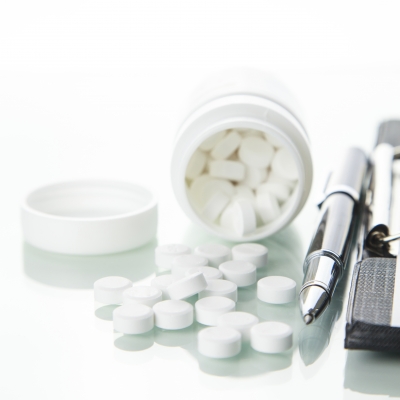 Big pharmaceutical companies continue to get bad press in 2017. In 2016, the price of the EpiPen from Mylan made headlines, and just a year later, there are several issues coming to the forefront about prescription drug prices. Dr. Robert Pearl, M.D., has a few ideas that he wrote about when he composed a piece for Forbes magazine.

Pearl references Marathon Pharmaceuticals as an example of a big pharmaceutical company with bad practices. The CEO of Marathon Pharmaceuticals, Jeffrey Aronin, purchased the rights to a drug licensed for use in the United Kingdom for $370,000. The drug, called Deflazacort, is for muscular dystrophy patients, and it cost patients in the United Kingdom approximately $1,200 per year. Because the drug was already accepted for use in the UK, Aronin didn't have to invest millions of dollars in human trials to find out if the drug worked. He simply used existing studies when seeking approval from the U.S. Food and Drug Administration.

After the FDA approved the drug in the United States under the name Emflaza, Marathon Pharmaceuticals sold the drug to patients for $89,000 per year. That's is more than seven times what it cost people in the United Kingdom. After public outcry, Marathon sold the rights to its muscular dystrophy drug for $140 million plus 20 percent of future sales. Despite this huge payout, Marathon's valuation dropped markedly as investors fled.

Big pharmaceutical companies represent the most profitable arm of the health care industry. From 2007 to 2017, prescription drug prices rose six times more than the cost of goods and services. When the Mylan scandal happened in 2016, the press noted that the chairman of Mylan earned $97 million in salary because he was able to secure a patent on the injection method that the EpiPens use. The leader of the company increased the price of the EpiPen by 550 percent, and Mylan made a fortune because of his patent on the injection method.

Marathon also made a lot of money on its muscular dystrophy drug, as the drug had an exclusive patent. The patent allowed Marathon to charge whatever it wanted for the drug. Both Marathon and Mylan show how big pharmaceutical companies manipulate the patents to invest very little money while producing huge profits. In 2016, drug-price formulas and the bad press behind high drug prices was a concerning trend facing the health care industry in 2016. In 2017, that concern hasn't gone away yet.

What Can the Health Care Industry Do?

In 2017, Louisiana faces a budgetary crisis with regards to an expensive drug used to treat hepatitis C. The state needed to come up with a creative solution, otherwise its budget for Medicaid would have to dip into its coffers for education and other vital services. Louisiana lawmakers are considering invoking a federal law passed in 1910 that says the federal government has the right to appropriate inventions and patents in the interest of public welfare and safety.

Big pharmaceutical companies face a challenge of balancing profits, so they can afford to do more research and development, along with maintaining affordability so patients spend money on their products. Rather than gaming the patent system, drug companies should do what is right.

Pandemic's impact on eight learners and their education and work pl...
blog post from Inside Higher Ed | News