Can Playing Video Games Make You a Better Manager? 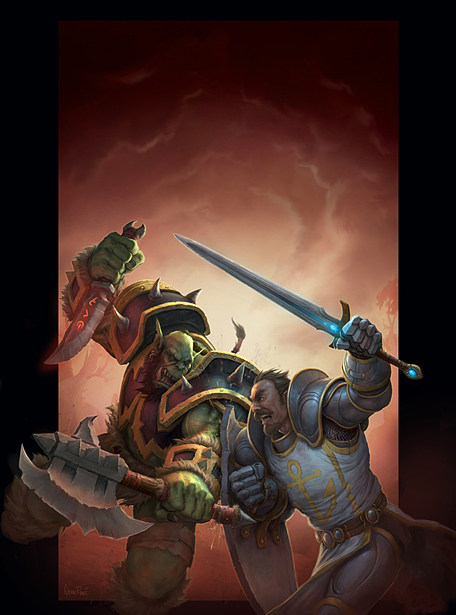 Playing video games can be a great way to relax, but did you know that playing MMO games like “World of Warcraft” can actually be good for your career? It might sound crazy, but contrary to the stereotype of the lonely, maladjusted middle-aged hermits who live in their parents' basements and waste their lives playing games online all day, the people who devote a large portion of their free time to these sorts of games are actually able to develop some serious managerial skills.

When you think about it, these games do provide their users with valuable opportunities to refine and perfect their skills in a place that doesn't require them to have any special qualifications or degrees. Most of these games have their own in-game currencies, groups and even their own versions of promotions.

Here are a few of the skills that a good gamer must learn:

How to network with other players – When you first start playing one of these massively multiplayer online games, you're going to be confused and unsure what to do. After completing any tutorial program, players are left on their own to explore and socialize with other players. This is where good networking skills can really help. In order to get advice on strategy, where to find the best tools or just to get pointers, you'll need to be able to get advice from others. Even after you become good at the game, you'll need to join a group in order to achieve specific goals. These gamers learn quickly that networking is an ongoing process. Once they've found their group, they will still need to reach out and develop relationships with members of other groups in order to coordinate missions to achieve larger goals.

How to ask for help and find solutions – During game play, players will often find themselves in situations where they are unsure about what to do next. They have to find other, more-experienced players and ask for help. Depending on their problem, they can use online resources to research and critically review pages of information in order to find the solution that best suits their needs. This sort of creative problem solving is a skill that employers look for when they hire new employees.

How to work with a group, even competitors – Teamwork is a skill that is essential for online gaming success. Almost any large mission will require a player to work with a group. Although a tight knit group can accomplish many goals on their own, there are times when they need to team up with other groups in order to complete a task. Although they may be competitors on another day, gamers know that an enemy of their enemy is a friend, even if they will have to fight each other at some point in the future. They learn good sportsmanship and how to leave the battle on the field.

How to manage a large group of people – Many gaming groups are made up of hundreds of people – all of whom have their own lives and their own schedules. Being able to get this many people to work together to achieve something is extremely difficult, but a good leader learns how to motivate them, resolve personal conflicts and earn trust in their leadership abilities. Seeing how difficult it can be for some managers to get a much smaller group to agree on what sort of bagels are best, these video game group leaders have executive-level skills.

So, you might be wondering why people who play these sorts of games haven't all become business leaders by now. Well, not surprisingly, many of them have done just that. Take Stephen Gillet for example. He became the Chief Information Officer of Starbucks, Inc. when he was still in his 20's. He credits the leadership skills he developed by playing “World of Warcraft” as a large contributing factor to his success. He says that he learned how to lead and influence people instead of simply ordering them around.

Video games provide their players with an opportunity to lean about teamwork, leadership and how to get things done. They require players to understand motivation, use mentors effectively and they constantly present new challenges to overcome. Players who excel in games often learn the skills they need to excel in the business world as well.

Have you ever played a MMO game? What did you learn from it? Please share your thoughts in the comments.