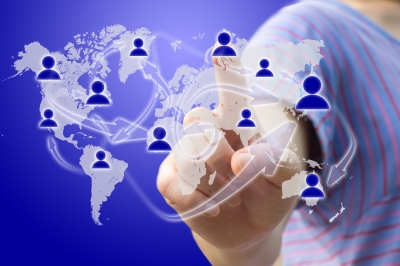 Twitter is a modern-day phenomenon, but the company has lost money consistently throughout its eight-year history. Can Twitter advertising ever make money for the company?

One of the major reasons for Twitter's popularity is that it forces people to condense thoughts into easy-to-read 140-character snippets. Twitter advertisers make use of that by vying with each other to produce memorable sound bites that focus attention on particular products. A viral campaign can be spread by other users quickly and easily with minimal effort.

Perhaps one of most prominent examples of this is the film Sharknado. For those who have missed this unique piece of cinematic action, Sharknado is a film where thousands of sharks are picked up by a tornado and deposited on the streets of LA. It really is as bad as it sounds, but because it was so bad, it captured people's imaginations, ensured people caught the encore, resulting in viewing figures of 2.1 million, and it meant that SyFy has threatened to produce a sequel to cash in.

All of this interest was great for the channel, but it generated little income for Twitter. This is because of the nature of Twitter advertising: users are free to post, and there's little that the company can actually monetize.

So what Twitter decided to do is charge companies for promoted tweets. If a user's general tweet history and profile indicated a liking for ice cream, that person may see promoted tweets for a major ice cream company, for example. This form of Twitter advertising sounds good in principle, but the company has been blindsided by claims that social media has little effect on Christmas sales.

The issue is that you can accomplish much of what you need to on the platform without paying for it. So why pay to advertise on Twitter?

Twitter may stand a chance of enjoying profitability, however. J. J. Hirschle has joined the company from Google, and he is in charge of persuading retailers to part with hard-earned cash to advertise on Twitter. Since opening up a self-service platform for US-based advertisers earlier this year, the company has enjoyed better profitability, and Twitter advertising has now been opened up to British, Canadian, and Irish firms.