Can Your Boss See Your Mugshot? 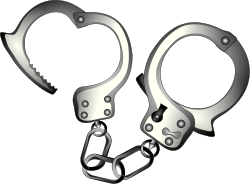 Since the introduction of social networking we've grown accustomed to the idea, in theory at least, that many parts of our private lives are no longer private. I say that we're only used to it in theory, because almost anyone I ask about it claims that it's a problem that happens to other people – not to them. Their boss doesn't check out their Facebook status updates and no one is paying attention to their Twitter feed either.

Those same people might be surprised to learn that if they have ever been arrested, no matter if they were convicted of a crime or not, their mugshot might be available to prospective employers online.

There are companies like Mugshots.com and many others like them, that scrape data from law enforcement websites across the country and post mugshots along with personally identifying information about people who have been arrested. They claim that they are simply exercising their first Amendment right and doing their part to discourage crime and create safer communities, however what they really accomplish is very similar to blackmail.

Because these sites are so optimized, they come up fairly high in the results of a web search. Meaning that if someone were arrested, even if the charges against them were dropped or they were found not guilty, their picture along with details of their charges will show up if anyone were to do a web search on their name. If the person wants to have their photo removed, they are required to pay a removal fee – one that ends up being anywhere from $399 and can go upward into the thousands of dollars.

I'm sure that many of you are thinking that if they are criminals, then they deserve to have that information published on the internet. However, not everyone who has been arrested is found guilty of a crime. In fact, there are plenty of innocent people that have been arrested. For example, if people are in a disagreement, the police might be called and they may even arrest one or both of the parties. If the charges are dropped or dismissed, the case is closed. Even if the person were to apply for a job later or be subject to a background check, the Fair Credit Reporting Act protects them and prevents information about the charges from being reported. Although the law prevents the information from being included in a background report, there is no law that prevents these types of websites from publishing the information – so long as it was obtained from a legitimate source.

What is concerning is that the goal of these sites is to shake down people who don't want their information shared with the world. As you can imagine, this type of information could potentially kill someone's career and ruin their chances at a new job. Almost any employer is going to do at least a basic web search before they hire someone and finding out that the person has been arrested may color the way they and their suitability for the job are viewed.

Because these sites have been extremely profitable, many more have popped up to cover other areas of the country. By scraping data from law enforcement websites – many of which are updated daily – they are able to have a mugshot and information online within hours of a person being arrested. Unlike the police department sites, the photos aren't taken down when charges are dismissed or someone is found not guilty.

One website, BlabberMouthKC, even goes so far as to send a letter to people letting them know that their photo has been published and offers to remove it for $200.

When lawmakers and police officials realized what was happening, they were shocked and appalled. In South Carolina and Colorado, some police departments have stopped publishing booking photos online to prevent this type of exploitation. In Georgia, there is legislation being proposed to make the practice illegal.

The problem with this isn't just that it's virtual blackmail, it's that paying the website to take down the information isn't enough. Once one site removes the information, another site will post it. It becomes a never-ending circle of paying “hush money.”

It's not fair. Many innocent people have been arrested and they have the right to keep that information private. If you've ever had the misfortune to be arrested, please check to be sure that your photo isn't available on one of these sites.

Do you think that we need stricter online privacy laws? Please share your thoughts in the comments.