Changing Your Career Objectives in College 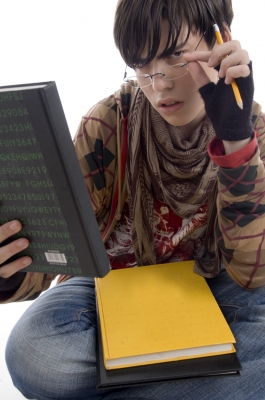 Too many college students go to college to “find themselves,” to undergo the “college experience,” or to major in esoteric degrees that end in “….studies,” e.g., women’s studies. Others don’t declare their major until year two or even three. This worked out okay in the 60’s and 70’s when jobs were plentiful and few people had four-year degrees. It can be a disaster today. If you expect to be gainfully employed in a job that utilizes the skills and knowledge you acquired in college, you need to do some serious down-to-earth soul searching about what a college education can realistically do for you.

For one, unless you major in engineering, computer science, law, pre-med or other STEM field (science, technology, engineering, math), you’ll end up mixing lattes at Starbucks or folding Levis at Target. Today, 70 percent of high school grads go to college, and there are more degreed candidates than jobs. Far more. So if you’re still meeting your general ed requirements in year two or three, re-think your career choice or even your reason for going to college. If you’re attending a public university, you’re forking out an average of $7,020 per year; if you’re in a private university, it’s more than triple at $26,273 per year. Your total debt will be huge and growing yearly through compounding interest rates.

When you graduate, you’ll get a letter from your student loan lender to start paying up. Most will give you a 6-month grace period to find a job. But what many students don’t realize is that the interest on a college loan capitalizes quarterly—even during the grace period—ballooning a loan amount that may have started at $85,000 to $350,000. And unlike other types of debt—credit card, home mortgage, car loans—you can’t escape it by declaring bankruptcy. Check out Hillary's Student Loan Nightmare to get an idea of how choosing the wrong career and taking out college loans can bury you.

So choose your career and major carefully. If you’re going to college on your parents’ trust fund and have a job waiting for you in daddy’s company, by all means, major in sociology, anthropology, comparative lit or women’s studies. But if you’re like millions of college students who take out loans and who expect to get a high paying job when you graduate, choose a STEM career path, or go to a community college and learn a trade, then get a job in that trade and save your money to get your BA—to avoid “majoring in debt.”

If you want to “find yourself” or undergo the “college experience,” go to a community college. They’re vastly underrated. The tuition is affordable, most are close enough for you to commute to, and the teachers are better at teaching, especially a job producing trade. Universities are just the opposite—expensive, require room and board, and the professors are paid by what they publish, not how well they teach.

So if you’re in your first or second year of college, take a step back and consider your career path. It might be time to change your career to one that’s more job-oriented, or one that you could pursue in a community college. As a final thought, check out this video for a sobering look at colleges, careers and higher education.