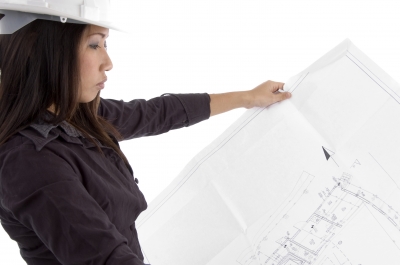 The battle for the title of the world's tallest building has been constant over the past few decades as tall buildings erupted across the world in an attempt to claim the title. From the United States to Taiwan and even the Middle East, nations have supported work on large structures that show the dominance of the nation and the ingenuity of its engineers. Tall buildings evoke a sense of awe, but the history of the buildings often shows that a curse looms behind claiming the title of the world's tallest building. A Chinese firm is looking to take the title away from Dubai, which is currently home to the tallest building in the world.

The Burj Khalifa in Dubai stands a whopping 828 meters above ground level, but the Broad Group is looking to beat that with a structure in Changsha, China, which will soar a full ten meters above the height of the current titleholder. The group is notable for its previous engineering successes that include completing construction on tall buildings in record time. A large reason for the group's success with speed in construction comes from its core company's ability to produce prefabricated parts. These parts are assembled during the construction process, allowing the company to complete full office complexes up to thirty stories tall in approximately fifteen days.

Construction on the new building, dubbed Sky City by its creators, is expected to begin in April 2014, but design and fabrication of the parts are underway. The group works on tall buildings in the United States as well as overseas, with fifty projects currently underway in the United States. The group is hoping the popularity generated by capturing the world's tallest building title will help its overseas operations.

Many economic scholars wonder if constructing massive skyscrapers is a good idea. Some scholars have noted a national economic downturn immediately after a country taking the title. This could portend such a downturn in China when the construction completes. The curse of the skyscrapers may be a mere coincidence, but there is a small correlation. The completion of the Empire State Building came at the start of the Great Depression, and the Burj Khalifa was erected just in time for the collapse of the financial markets.

Whether or not the curse of the tall buildings is real, the feat of constructing such a massive complex makes it an engineering marvel. The modern methods used in construction have dramatically changed how high buildings can reach and what can be done before groundbreaking begins. When nations or large engineering and construction groups put their full might behind the construction of tall buildings, it is likely to result in new tools and knowledge for engineers throughout the world.