Clothing Sales Are Being Driven by Smaller Markets 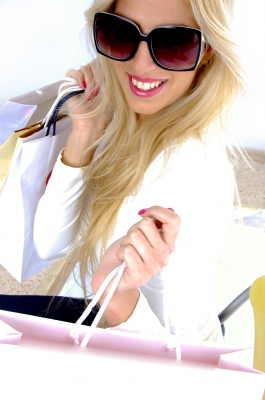 According to recent research, smaller clothing markets, such as Washington, D.C. and Orlando, are pulling ahead of the biggest clothing markets in the United States. These smaller regions are experiencing faster growth in clothing sales than the traditional retail hotspots, according to research by the market research firm The NPD Group.

Clothing sales in brick-and-mortar stores have slumped during recent years, with more consumers than ever choosing to shop online. However, in-store clothing sales grew between February 2014 and February 2015 in a few key regions of the United States. Orlando and Washington, D.C. were two of the markets that exhibited the strongest growth.

In total, clothing sales in the United States grew by 2 percent in the 12 months prior to February 2015. However, in-store clothing sales fell by 2 percent. Clothing stores in Washington, D.C. bucked the trend; in-store sales in this region were up by a healthy 14 percent. Sales growth in Orlando was also strong. In contrast, in-store sales in the top U.S. markets, which are Los Angeles, Chicago, Dallas-Fort Worth and Philadelphia, slumped while online sales grew.

The NPD Group research raises some other concerning facts for the clothing retail industry to consider. As much of 32 percent of sales in clothing stores are impulse buys, compared to just 22 percent of online sales. According to Marshal Cohen, who is the chief industry analyst for The NPD Group, "impulse purchases are the big growth driver" in the apparel sector. Therefore, clothing retailers either need to drive more footfall to their physical stores or get better at convincing customers to make impulse purchases online.

The clothing industry is evolving rapidly. Not only is the method of purchase changing but also the types of clothes that people are buying. New trends such as gender-neutral clothing are starting to make a big impact, not only in specialist boutiques but also in big-name stores.

These kinds of innovations could help to bring people back into apparel stores, which could help to halt the decline in brick-and-mortar clothing sales and increase impulse buys. According to Marshal Cohen, "the apparel industry needs to engage consumers with something new and different — something they can't find everywhere." Only by staying ahead of the curve can stores hope to continue to draw in customers in the face of strong competition from online retailers.

The fact that smaller markets are now outperforming bigger ones in terms of clothing sales growth could be bad news for the traditional clothing retail hubs, including Los Angeles and New York City. With consumers hungry for something new and retail stores facing strong competition from online clothing sales, apparel stores in the big clothing markets need to innovate to stay ahead of the curve.