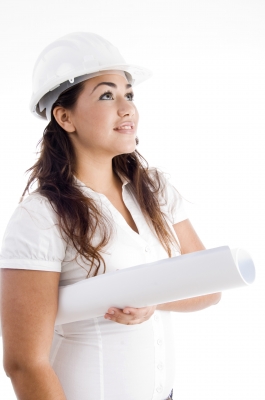 With fewer than 20 percent of engineering graduates being female, women are underrepresented in the engineering workforce. Many modern colleges for engineering have begun focusing on women in an attempt to drive up such figures and ensure a balanced workforce. These colleges for engineering lead the field in science, technology, engineering, and math—STEM—students who are female. Many of these organizations have helped to bring the issue of underrepresentation to the fore with classes and seminars developed to help educate employers and would-be engineers alike.

The SUNY College of Environmental Science and Forestry is one of the colleges for engineering that shows great results when it comes to female engineering college graduates. The school ranked third in a 2010 Forbes STEM survey, placing it among the best schools in the nation for female engineering college students. SUNY boasts an undergraduate enrollment of 1,819 students in its ESF programs. ESF studies include bachelor of science degrees in landscape architecture and paper engineering as well as various sciences.

Topping the 2010 Forbes STEM Survey is Westminster College in New Wilmington, Pennsylvania. The school is one of the best colleges for engineering and has helped women get a chance at finding success in the engineering world. The 2010 survey noted that half of the students in the math and computer science department of the school were female. The nationwide average of female students in these fields for the same time period was lower than 15 percent. A full 36 percent of the college's graduates in 2008 were enrolled in STEM classes, and over half of those graduates were female.

The University of Massachusetts at Amherst did not make the list, but students and teachers have taken up the calling of educating local citizens and students about the lack of qualified female engineers. A career day celebration focused on women in engineering and computing professions helped introduce local students to the school and its programs dedicated to helping females advance in STEM fields. Available demonstrations included information on engineering projects including water quality enhancement and the development of wind-powered turbines. Hands-on projects included the creation of simple solar batteries to help provoke interest in STEM careers and engineering colleges.

Colleges for engineering have begun focusing on female STEM students and the advancement of female engineers in the workforce. A more diversified workforce may offer many opportunities in the future. The SUNY College of Environmental Science and Forestry along with Westminster College and the University of Massachusetts at Amherst all lead the pack in spreading the word about the underrepresentation and working to ensure that female students at colleges for engineering have the tools and opportunities they need to succeed.