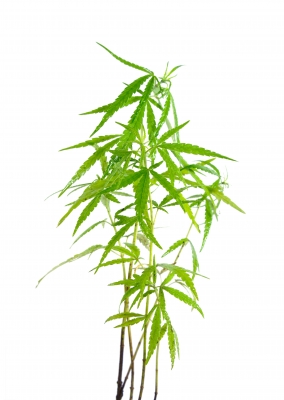 Retail business owners and managers have likely heard about the change to Colorado marijuana laws that allow consumers to purchase the substance for recreational use. A variety of different taxes and limits are in place for Colorado marijuana, and these elements may well change the way the state does business. Leaders in other parts of the nation are also watching the state closely, as it was the first in the nation to open retail sales outlets for the drug, and it is the first jurisdiction in the world to regulate it from seed to sale.

Legal marijuana may mean different things for retail leaders in various markets. Retail stores looking to sell the substance must obtain a license from the state and gain local approval. Most of Colorado had not approved it for local sale as of January 2014, and Denver is currently the hotspot for legal marijuana sales in the state, with the largest number of recreational sales locations available. At a meeting of the National Governors Association in February, the state's governor, John Hickenlooper, urged caution in adopting recreational use due to a lack of information about how it may affect the state.

Colorado experiences brisk tourism business due to its fine skiing, and there are concerns that this recent move may affect both the retail and service industries that rely on these activities for their livelihoods. Ski resorts have turned down hemp festivals and other Colorado marijuana-related events in the past, and local jurisdictions may limit or deny retail sales of the substance in ski resorts. Vail, one of the leaders in Colorado skiing, has implemented a local ban on Colorado marijuana.

One of the stranger effects of retail sales of Colorado marijuana has been on the price of the substance in the state. Increased demand due to out-of-state visitors and locals alike has driven the price up to double what it was through black market means before legalization took effect at the start of the year. Medical marijuana dispensaries still sell the substance at approximately half of what the retail market charges, but Colorado marijuana is also taxed differently at the state level. On top of the retail tax, there is also a tax specifically applied to the substance, driving its price up compared to medical and black market figures and making it harder for some retailers to compete.

The ultimate effects of legalization on retail sales in Colorado are, as Gov. Hickenlooper noted, yet undetermined. The governor famously quipped after the vote to legalize the substance that it was too early to break out the "Cheetos and Goldfish," referring to popular snack products, due to a potential showdown between Colorado marijuana laws and federal bans on the substance.

Register
Sign In
Green Thumb vs Hexo: Which Cannabis Stock Is The Street Betting On ...
news via Yahoo Finance