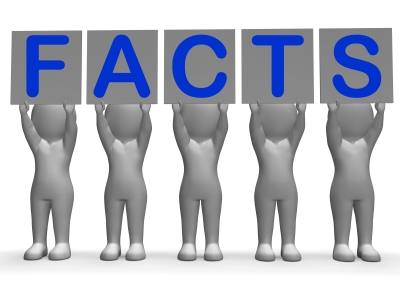 As anyone who followed the 2016 presidential election knows, fake news can have a serious impact on how people think, act, and vote. In response, some technology leaders are speaking up against fake news and taking action to halt its spread.

One of the biggest names calling for a fight back against fake news is Apple CEO Tim Cook. Speaking in an interview with the newspaper Daily Telegraph, Cook said that fake news is "killing people's minds" and called on educators to teach children about the dangers of believing everything they read online.

According to Tim Cook and other technology thought leaders, the technology industry must play a part in the struggle against fake news. Apple is planning to take action to crack down on the spread of misinformation by making the Apple News app a zone free from all fake news. Facebook is also taking steps to block fake news from appearing on the site, while Google wants to ban fake news sites from using its advertising service.

The challenge for social media sites and search engines is that it can be difficult to identify which news is fake. The original meaning of the term "fake news" refers to stories that were completely invented. Wild and wacky stories were made up by unscrupulous publishers to encourage people to click on links to their sites. The term could also apply to news that had a kernel of truth at its core, but which was wildly exaggerated or presented in a misleading way.

Today, the term fake news is used far more widely. President Donald Trump, whose election has been partially attributed to fake news, has been accused of using the term to refer to any news that paints him in a bad light. Unless they are very careful, companies that want to crack down on fake news could be accused of censoring opinions they don't agree with.

Even if it were possible to come up with a clear and consistent definition of fake news, teaching algorithms to identify it can be very tricky. However, Google and social media sites are taking on this challenge. For example, Snap, the company that is responsible for the popular app Snapchat, has introduced fact checking on its platform. The result of this policy is that Snap in 2017 has one of the most robust news verification systems of all social sites.

Of course, the purveyors of fake news won't give up easily on this potentially lucrative source of views and clicks. One way to get around the verification processes is to create several sites that all publish the same story, which can help it gain credibility. To win the war against fake news, platforms will need to find a way of countering this trick.

Fake news can have a terrible effect on the quality of public discourse and prevent people from forming truly informed opinions. If technology experts' pledge to tackle the spread of misinformation online succeeds, fake news could become a thing of the past, or at least have a much smaller reach among, and impact on, internet users.

Register
Sign In
To fight 'fake news,' the US media must push for Big Tech to pay fo...
news via Business Insider
Live Updates: Latest News on Coronavirus and Higher Education
blog post from Inside Higher Ed | News