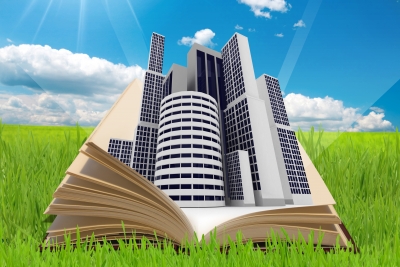 It's finally official: another Comcast building is set to slip into the Philadelphia skyline. Comcast's announcement ended weeks of industry speculation and generated considerable media excitement in the process. The 59-floor Center City structure, designed by Pritzker Prize-winning British architect Lord Norman Foster, will cost approximately $1.2 billion to build and will stand one story higher than Comcast's existing presence on the Philadelphia skyline.

The project is a joint Liberty Property Trust/Comcast Corporation venture and will include a restaurant on the top floor as well as vital space for area technology startups. Groundbreaking is scheduled for summer 2014; the structure is set for completion during the fourth quarter of 2017.

The latest developments come at a crucial time for Comcast, which is currently involved in a major lobbying effort ahead of its planned merger with Time Warner Cable. Because of their generous industry stakes, both corporations have to seek regulatory approval before merging. Certainly the planned Comcast building, which is slated to become Philadelphia's loftiest tower, serves as a reminder of the corporation's financial might as well as its confidence.

Philadelphia's tallest existing structure is the towering 58-story Comcast Center. The 974-foot-high skyscraper, which was completed in 2008, was designed to Leadership in Energy and Environmental Design (LEED) specifications. Liberty originally planned to build a 52-story building called One Pennsylvania Plaza, but the skyscraper's design—and its name—changed after Comcast expressed interest in the project. In 2004, Comcast signed a 15.5-year contract with Liberty; the corporation currently occupies about 89 percent of the Comcast Center.

The success—or lack thereof—of several features incorporated into the 2008 structure has been taken into account in the new Comcast building design. The twenty-five available bicycle racks in the Comcast Center, for example, were so overwhelmed that Liberty ended up installing additional racks to meet demand. Conversely, the structure's automobile parking spaces often remain unfilled. Consequently, the new Comcast building will include space for 175 bicycles and will restrict its parking area to just fifty-eight underground spots.

L.F. Driscoll Company—the Philadelphia construction company involved in the erection of the previous Comcast building—has been named the general contractor this time too. An estimated 20,000 jobs will be directly and indirectly created by the construction event itself. When complete, the LEED-Platinum-certified structure will incorporate over 1.5 million rentable square feet of space and will likely create more than 4,000 permanent jobs.

A number of companies are slated for a spot in the Comcast building. Comcast itself will take up residence in the tower upon its completion in late 2017. WCAU NBC 10 and Noticiero Telemundo 62 will also move into the 1,121-foot-tall skyscraper. In addition to office space, the building will include a 222-room Four Seasons hotel complete with a spa, a fitness center, and extensive meeting facilities.

As well as the building itself, Philadelphia construction crews will tackle the extension of the city's existing SEPTA regional rail concourse, which will cross 18th Street and connect the structure to Suburban Station. In conclusion, the latest Comcast building—which, discounting skyscrapers in New York and Chicago, is set to be the nation's largest—will add a formidable presence to Philadelphia's skyline.