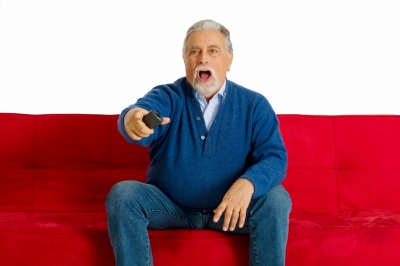 Effective customer service is essential for nearly any company to survive. However, exceptions exist to this rule. Comcast Corporation is one of the largest communications companies in the world, offering cable television, Internet and telephone services to millions of people. However, Comcast consistently ranks low on overall customer satisfaction. A proposed acquisition of rival Time Warner Cable in early 2014 forced Comcast to address customer service concerns in Washington hearings, though customers remain frustrated.

The absorption of Time Warner by Comcast raises multiple questions from a customer service standpoint. The first concern is higher pricing for cable programming. Comcast executive David L. Cohen told members of the Senate Judiciary Committee that customers would not see higher pricing due to the Time Warner deal. He also acknowledged Comcast's notorious history of customer dissatisfaction, vowing that changes are being made by improving employee training and adding more customer service reps.

Comcast complaints range from frequent billing errors to poor signal quality to customer difficulty in reaching anyone to report problems. Cohen expressed embarrassment over these issues during hearings centered on the proposed merger, but stressed that the Time Warner acquisition does not negatively affect Comcast's efforts to improve in these areas. Forbes reports that Comcast has made strides by actually reducing their customer service presence, automating the process so customers handle more problems themselves without needing Comcast intervention.

Comcast has also come under fire by both the NFL Network and Bloomberg Television for placing the two networks in different tiers than their competitors, placing them at a disadvantage and forcing customers to pay higher prices for those channels. Fans of professional football and business television complained as well due to the difficulty, hassle and added expense required to switch to packages that include those channels. The issue has been examined in several court hearings and investigated by the Federal Communications Commission.

Some Comcast complaints are more unusual, including multiple inadvertent broadcasts of pornography during scheduled family programming. Each of these were isolated incidents from one another, and Comcast vows that the problem in each case has been solved.

Comcast continues to be the only carrier available for cable service in many markets, giving city councils few options when renewing their cable contracts. Customer service concerns are frequently addressed in these smaller contract renewal hearings, but the individual councils have little leverage in enforcing commitments to improve when Comcast is the only carrier offering services in that region.

Comcast is a company that sometimes succeeds in spite of itself as far as customer service is concerned. The sheer size and infrastructure of the company all but guarantee that it will be around for many years to come, providing communications services to both businesses and individual customers. However, no company is too big not to care about customer opinion, and customer service remains one of Comcast's greatest challenges going into the future.