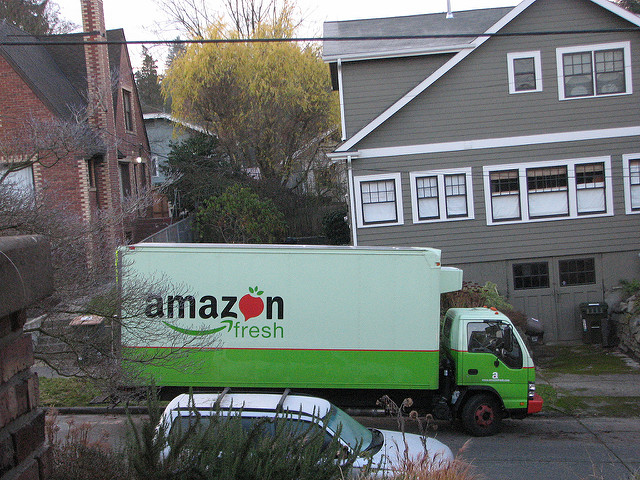 Retail stores face a daunting proposition in 2016. As their market share continues to decline, traditional brick-and-mortar stores must compete against Amazon if they want to survive. Instead of knocking up against each other, smaller retailers may be able to gain an edge against the e-commerce giant if they're willing to unite their efforts.

In May 2016, traffic in retail stores declined 9.9 percent, and that trend looks to continue throughout the year. During 2015, Amazon accounted for 42 cents of every $1 of online sales growth for that year, and the juggernaut's revenue jumped 28 percent worldwide in the first quarter of 2016. This means smaller retailers have a lot a catch up to in order to effectively compete against Amazon. Its main strategy involves sharing data and partnering with each other in four key areas of retail commerce.

Amazon mastered the art of personalized sales, recommendations and suggestions thanks to its proprietary data mining capabilities developed years ago before cloud computing and big data became a thing. Thanks to plenty of companies and algorithms that specialize in mining data, retail stores have many options to use online information within brick-and-mortar locations. Cloud computing software can gather information about someone's online activities on a retailer's website. This information can then be used to deliver a better, customized shopping experience once the customer gets in the physical store.

Product reviews are another aspect of the shopping experience that retail stores should learn to accept as normal. As many as 80 percent of consumers research products online before making a purchase. Traditional stores with an online presence should provide consumers with the ability to leave reviews as a way to help other customers make purchasing decisions, and specialized software can help here, too. BazaarVoice lets multiple retailers share product reviews with manufacturers, and this type of program can help retailers share data among themselves.

Retail stores thrive on loyal, returning customers, and Amazon Prime has proved that offering value-added benefits, such as free shipping on orders, is a great way to attract more sales. With more than 60 million members, Amazon Prime allows shoppers to have free two-day shipping and access to free video streaming while giving Amazon the data it needs to enhance the shopping experience. In 2015, American Express created a program that lets major retailers share loyalty program data. Hulu, Macy's, Rite Aid and AT&T are each able to integrate the loyalty program seamlessly into their own marketing push.

Amazon spends more than $1 billion annually on advertising. Very few brick-and-mortar stores can measure up to that, which is why an ad exchange company called HookLogic bids on Google ad prices collectively instead of individually. Companies split the costs of buying keyword search ads on Google rather than forcing retailers to bid against each other in the process. Amazon often wins these bids, seeing as how it spent more than $158 million in 2013 on Google ads alone.

The sooner retail stores band together to reclaim some of the market share lost to Amazon, the sooner they gain the upper hand. Perhaps retailers should study the adage, "The enemy of my enemy is my friend." Amazon is a formidable opponent, but it can't win 100 percent of the time.