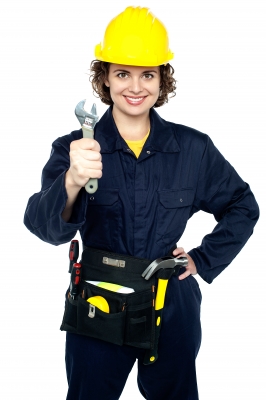 Construction growth has been slow during the years following the worst of America's recent recession. Construction jobs typically follow the housing and government building markets fairly closely, and slow growth in those markets often means fewer opportunities for construction workers. Recent indicators show an upswing in the number of opportunities available for construction companies and their employees. This is a great sign for an industry hit hard by the collapse of the housing market and subsequent recession period.

Construction jobs still lag behind many other sectors. The national unemployment rate reported by the Department of Labor in Nov. 2013 stands at a five-year low of 7 percent. The construction industry still suffers from an 8.6 percent unemployment rate. This is still much better than the 12.2 percent rate only a year prior. Over 1.9 million fewer construction jobs are available for workers since the last peak in Apr. 2006. The employment rate definitely shows signs of improvement, but it has a long way to go to reach previous levels.

One of the best bellwethers for the health of the construction industry lies in its ability to supply higher-paying construction jobs to the market. Signs of growth in this sector can demonstrate overall stability in related markets and indicate the possibility of continued expansion in the near future. The quality of jobs is often more important than the quantity, especially when it comes to standard expenses and the cost of living in America. The industry gained 17,000 new jobs in Nov. 2013, with big jumps in the number of higher-paying jobs available to workers.

The recent upswing is a sign that private and government investors are putting their funds to good use by creating new commercial, residential, and industrial projects. Spending on construction projects reached a new four-year high according to the same Department of Labor report. This indicates continued confidence in overall growth and expansion. The rate of growth may not be fully sustainable, however, and companies looking to expand are likely to snap up talented workers or skilled professionals. This could potentially cause a skill gap as time progresses, increasing the costs of projects due to the increased wage and benefit requirements of highly skilled workers.

The future appears bright for construction jobs. The industry shows great signs of recovery, with four-year highs in both spending and available work indicating a likelihood of continued growth in both the residential and nonresidential markets. The recent upswing is also a good sign for workers looking to move up in the industry. As companies add more higher-paying roles, construction workers may find themselves exceptionally valuable assets in a highly competitive market. This could result in higher wages and benefits for those who have the skills, talent, and knowledge needed for modern construction jobs.

College grads should have a relatively stress-free job search this ...
news from Markets